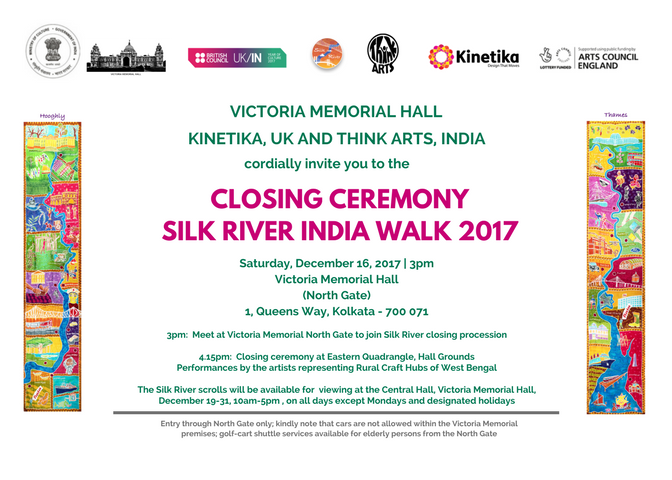 The final day of the Silk River India adventure starts with a walk in the tranquil surroundings of the Botanic Gardens, led by a BSI scientist.

At 3pm the flags gather for the Closing Ceremony, which begins with a parade around the spectacular and regal Victoria Memorial Gardens, followed by some speeches in the Eastern Quadrangle.

The ceremony is open for all visitors from 3pm-4.15pm to join in the procession with flags and watch the performances.  At 4.15pm, once we are at the Eastern Quadrangle, access is by invite only (cards and e-vites), because space in the venue is limited.

It will be a beautiful end to the international celebration of culture that is Silk River, please join us and share any photos on social media with the hashtag #SilkRiver

After this event, the silk river scrolls will be exhibited at the Central Hall, Victoria Memorial Hall from 19th-31st December, 10 am to 5 pm (except for Mondays and designated holidays). 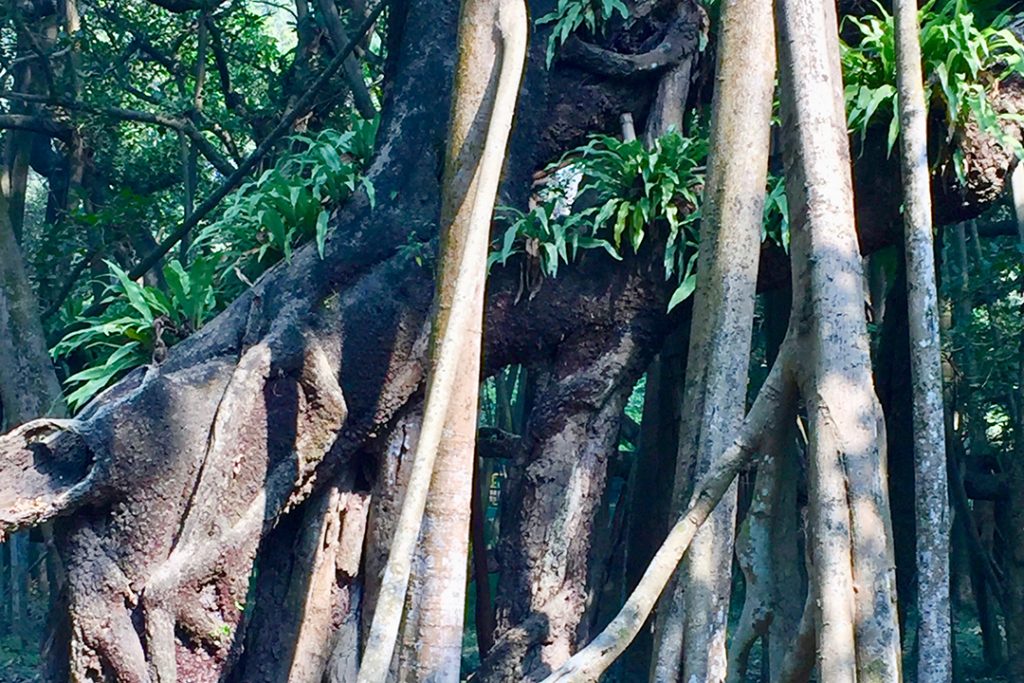 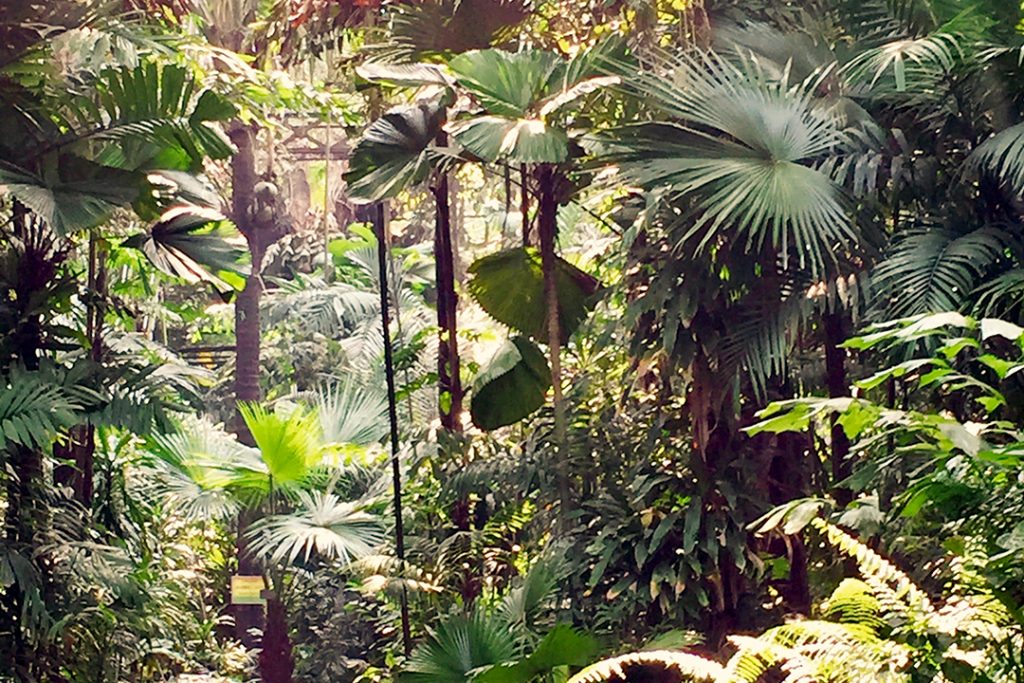 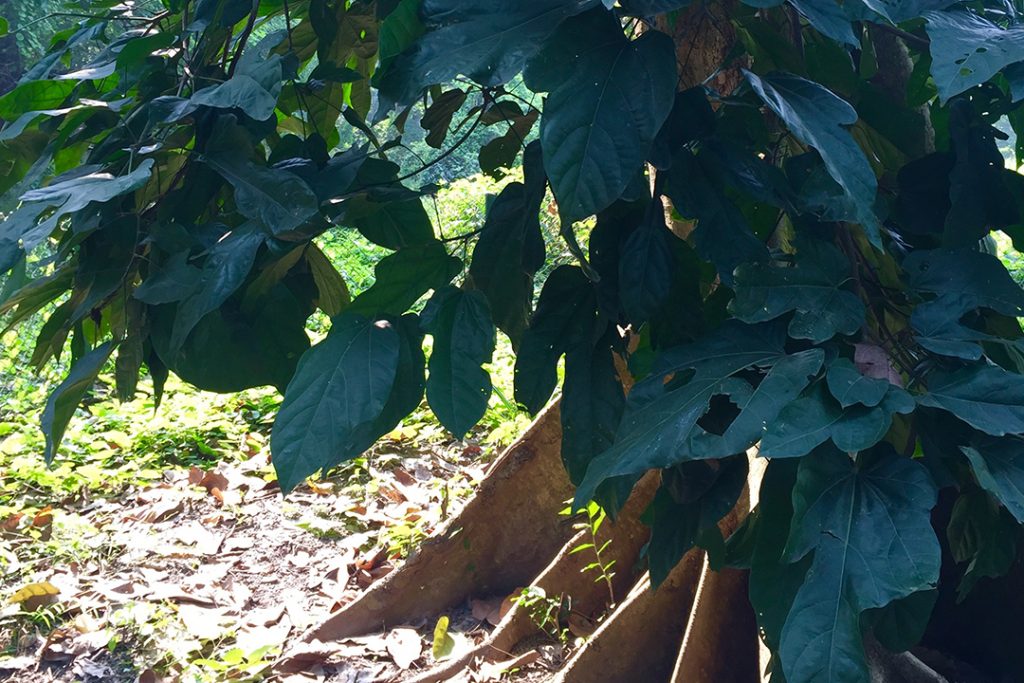 The Acharya Jagadish Chandra Bose Indian Botanic Garden is situated in Shibpur, Howrah near Kolkata. Commonly known as the Calcutta Botanical Garden, it is under Botanical Survey of India (BSI) of Ministry of Environment and Forests, Government of India.

The gardens were founded in 1787 by Colonel Robert Kyd, an army officer of the British East India Company, primarily for the purpose of identifying new plants of commercial value, such as teak, and growing spices for trade.

The best-known landmark of the garden is The Great Banyan, an enormous banyan tree that is reckoned to be the largest tree in the world, at more than 330 metres in circumference.

The garden is host to many unusual trees like the Mad Tree, the Century Palm and Cannon Ball tree.

The diverse species of plants attracts a lot of birds and a large variety can be seen in the garden.

The garden exhibits a wide variety of rare plants and a total collection of over 12,000 specimens spread over 109 hectares serve as the lungs for the city and are visited by hundreds of people everyday. The area has been declared a No Plastic Zone to keep it green.

Representing the resplendent and majestic British architecture, Victoria Memorial Hall stands today, as a veritable icon of the city of Kolkata. Located on 1 Queen’s way, the VMH was envisaged by Lord Curzon, the Viceroy of British India, as a memorial to the deceased Queen Victoria. Hence, according to Curzon this memorial should take form of a great marble hall, which was to be erected on the Calcutta maidan to serve primarily as a monument to the Queen and secondarily as a national gallery and Valhalla of the Indian Empire.

The national gallery which Curzon speaks about would in future take the shape of a museum. The Victoria Memorial hall was therefore set up to function more than just a memorial for the deceased Queen Victoria. The memorial was to be designed with a museum housed within its realms. The  memorial with the museum would act as  a “standing record of our wonderful history” This was to be a historical museum where people could see before them pictures and statues of men who played a prominent part in the history of this country and develop a pride in their past. Curzon’s writing bring forth that it was a part of his imperial duty to put into execution to set up a “Great Imperial memorial worthy of Queen Victoria and worthy of India.

Within few weeks after Queen’ death in January 1901 a great meeting was convened in the Town Hall of Calcutta on 6th February, 1901, whereby a resolution for constituting an all Indian Memorial Fund for building of the memorial was moved. The princes and people of India responded Architects generously to his appeal for funds and the total cost of construction of this monument amounting to one crore, five lakhs of rupees, was entirely derived from their voluntary subscriptions. King George V, the then Prince of Wales, laid the foundation stone on January 4, 1906 and it was formally opened to the public in 1921.