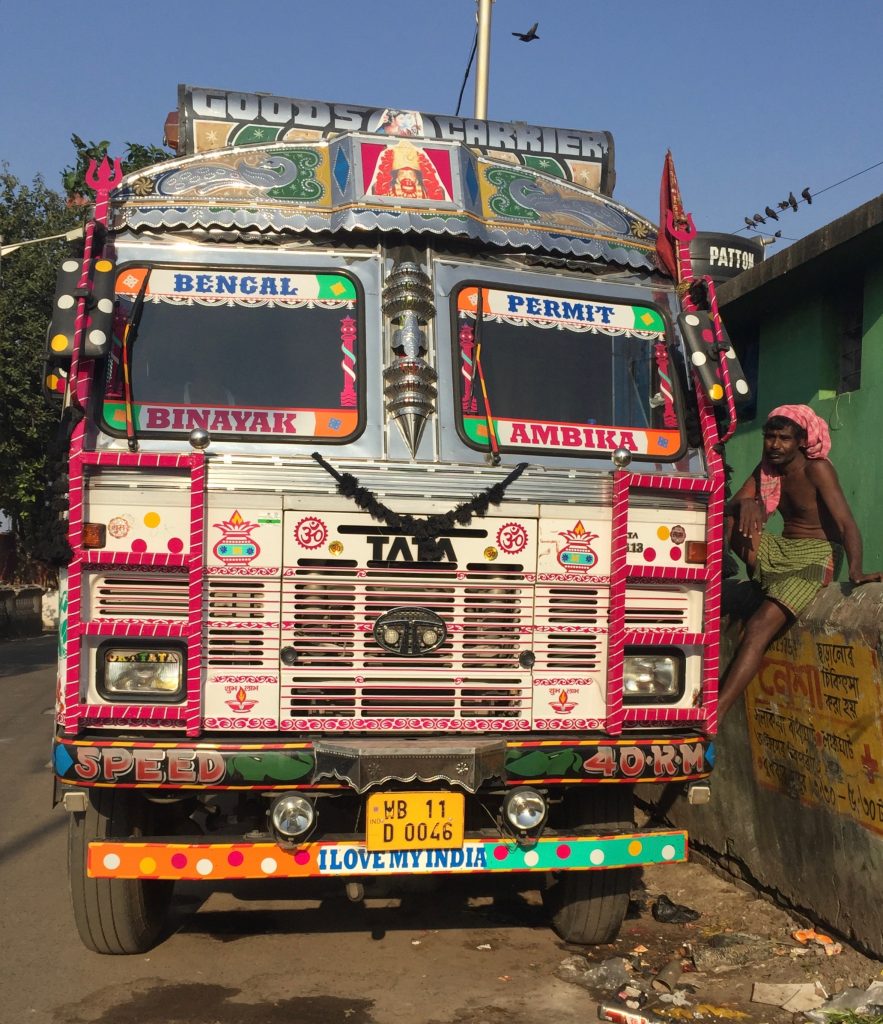 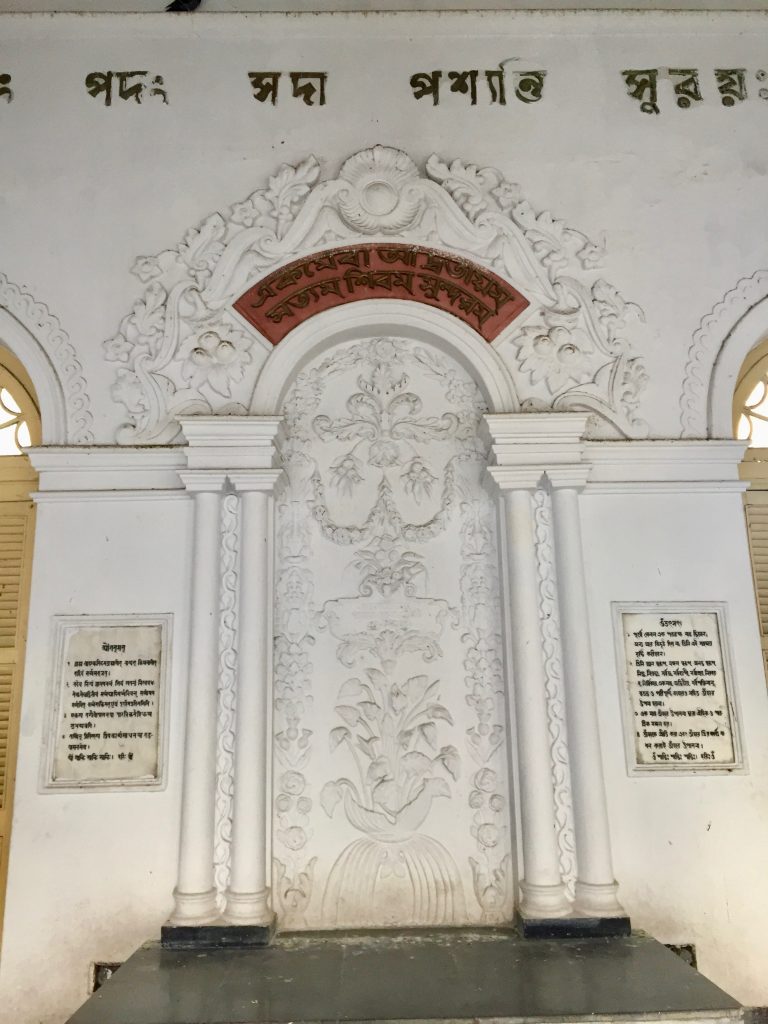 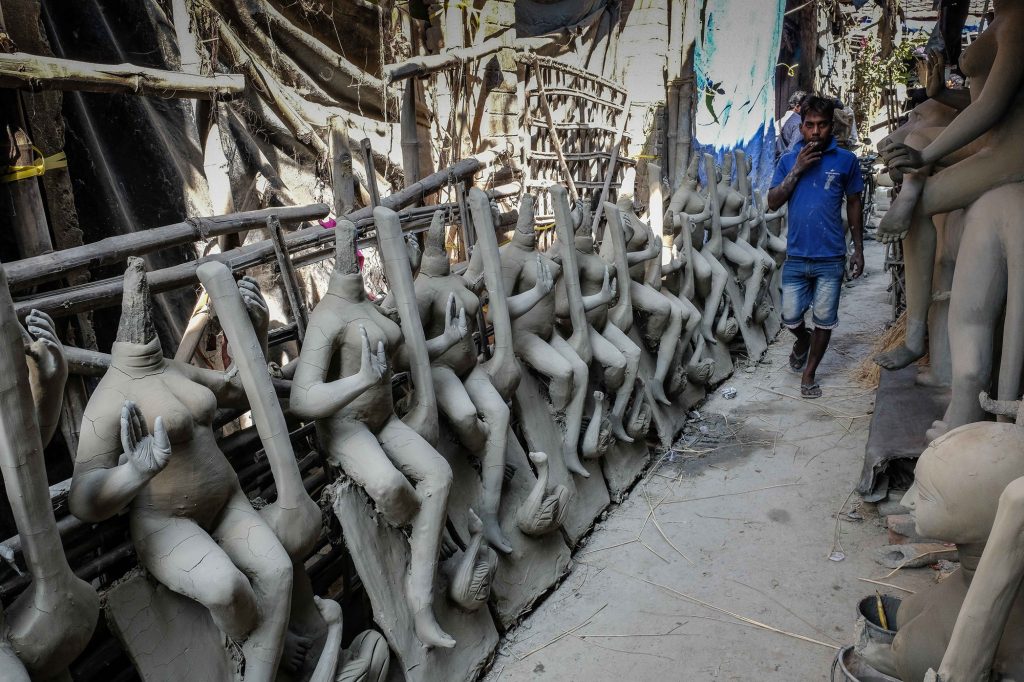 The Theme of the day is Bengal renaissance – a cultural, social, intellectual and artistic movement in Bengal region of the Indian subcontinent during the period of British rule, from the nineteenth century to the early twentieth century. The Bengal renaissance can be said to have started with Raja Ram Mohan Roy (1772–1833) and ended with Rabindranath Tagore (1861–1941)

Today’s exchange programme focuses on Tagore and his influence and the role of artists in civic society.

Stay at hotel in central Kolkata for the rest of the trip.

Called so because of the two (jora) wooden or bamboo bridges (sanko) that spanned a small stream at this point, this area boasts of being home to the distinguished Tagore family at the Jorasanko Thakur Bari. This house where Rabindranath Tagore was born and spent most of his childhood is now home to the Tagore museum and also the Rabindra Bharati University which was set up primarily as a centre for music and fine arts, but extended subsequently to arts and humanities.

This area has several examples of fine architecture, including the Marble Palace, a palatial nineteenth-century mansion in North Kolkata, built in 1835 by Raja Rajendra Mullick, a wealthy Bengali merchant with a passion for collecting works of art.

It is interesting to note that while Tagore is highly regarded for his contribution to the literary world, he also had a keen eye for design. He wrote about the material, colour and even the design of clothes which his characters wore in his stories. The Nobel laureate was also the one to introduce the dyeing technique of batik, after he returned from Java, Indonesia.

The Tagore house is not the only centre of arts – the nearby neighbourhood of Chitpur has been home to Jatra Para for over a hundred years. Even today, the street filled with posters featuring exaggerated expressions on loudly decked-up faces, is a home of more than thirty Jatra companies of Kolkata. However, with the surge of electronic media, this theatre form is currently going through its lowest phase, much like the dilapidated Putul Bari (Dolls House – said to be haunted) remnants of a lavish palace which was once home to a Jatra theatre company and witness to elaborate carnivals and grand festivities.

It is evident that this neighbourhood is house to many artisans – one has to simply walk along the tiny lanes to discover stalls selling handicrafts of all kinds.

Closer to the river is the settlement of the potters at Kumartuli (Kumor-potter, tuli – area). Although initially they made pots from the clay from the river, today these artisans specialise in making sculptures of gods and goddesses, worshipped in large numbers in the mansions all around, at community pujas in the city and beyond.

As one walks from the grandeur of the Thakurbari & Marble Palace to the remnants of the Putul Bari, and then comes upon the bustling colony of the potters, working fervently, one cannot help but remember the lines penned by Tagore – Shudhu Jaaoa aasha shudhu srote bhaasha, shudhu aalo aandhare, kaanda haansha – Only floating down the stream, to and fro under light and shade in joy and woe.