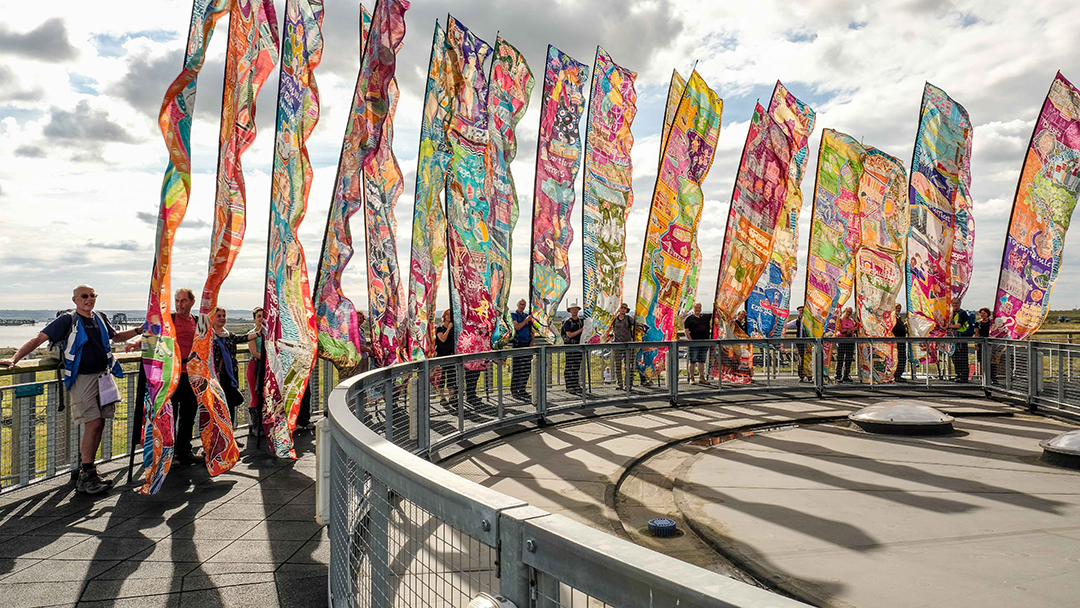 On September 23, 2017, Posted by admin , With Comments Off on Day Nine: We Cross the Border into Picturesque

I am writing this in a pub in Old Leigh-on-Sea, the Mayflower to be precise, which is tucked discreetly, and conveniently, behind a fish and chip shop. It has taken a week of walking from Greenwich to reach a place that knows for sure that it is picturesque. The cockle sheds and fishermen’s cottages have been renovated and repainted. The heritage centre in the former smithy was once scheduled for demolition until a handful of locals realised its value and, by sheer determination, saved it. Now Leigh is busy and thriving, thanks to their persistence and vision. I reckon someone might well apply such vision to the blitz beach as I have decided to call it – see yesterday’s blog.

Roll back to the start of today – the ninth. We arrive outside a fairly nondescript five-storey building in East Tilbury. The only clue to this block’s former glory is the floor in the Post Office that occupies part of the building. It is wooden and, as Len Goodman might observe, sprung. This was once a ballroom. Over the road the community centre was once a cinema. Opposite is a statue of Tomáš Bat’a, a shoemaker who came from a Zlín in Moravia, now Czech Republic.

He made East Tilbury part of his worldwide shoe empire, an empire that included a town, Batanagar, near Calcutta – a Silk River link. Bata did a lot here. There was a swimming pool and tennis courts, even a dedicated farm that delivered milk – in Bata bottles of course – to his workers. He was in a tradition of paternalistic capitalism that sought to make his workers happy. His works team even played West Ham United annually. Presumably Bobby Moore and Geoff Hurst were not playing the day that Bata won 3-2 (their only victory – in 1954). But Bata’s grand dream failed. By 2005 shoe production had stopped and the 3,500 formerly happy smiling workers were searching for other jobs. 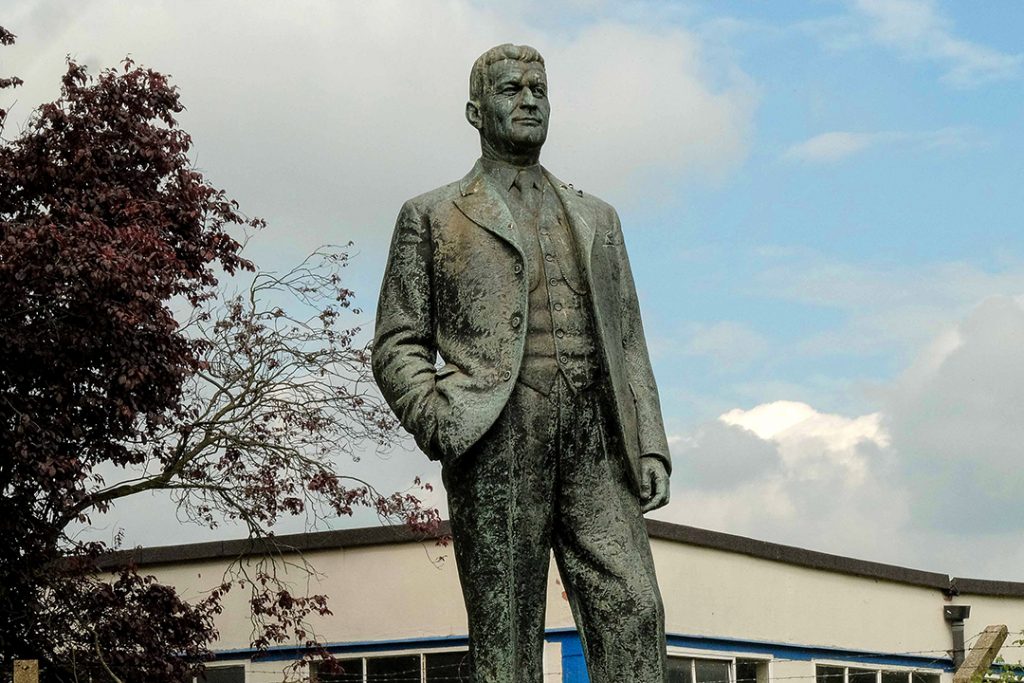 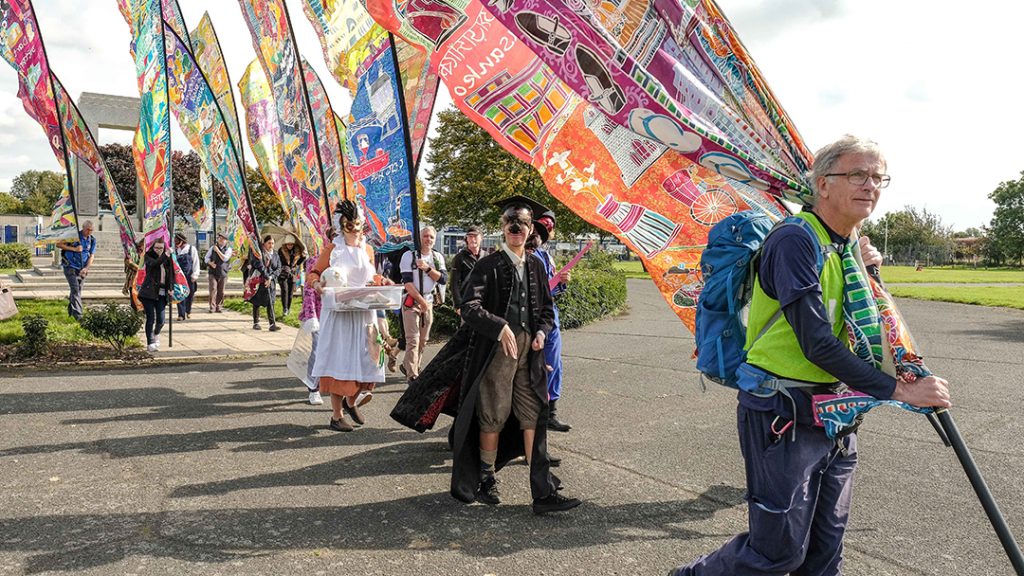 We are walking around the former Bata estate and I’m chatting to Mafia Andy (see yesterday’s blog). “The dockers used to have mass strike ballots,” he tells me, “The activists at the front would put up their hands, most of the men would not, and they’d declare a strike. It wasn’t right.” It makes me think about industrial failure: God knows Britain has seen plenty of it. The paternal overlords – Robert Owen, George Cadbury, Clarkes, Salt and Bata – they all failed. The unions failed. Businesses and corporations failed. The Tories beloved ‘trickle-down’ theory of wealth, monetarism, socialism and all the other ‘isms’ – they have all failed. The land we have walked across, all down the river, is littered with the ruins of those various failures. If wealth was created, it mostly moved on. In some places there is no trace at all, in others a few enthusiasts have secured a little piece for posterity, part of our heritage. But that is patchy and idiosyncratic, depending on individuals and their interests. The blitz beach is almost unnoticed while Bata’s ballroom is part of a tour.

Back in Leigh I’m walking up the High Street looking at the boats on the mud bank and a man spots my camera. “Are you here for the geese?” he asks. He explains that 5,000 Brent Geese are expected any day now, a spectacular display worth coming to Leigh to see. “They’ll be flying in from the Arctic! It’s wonderful!”

I thank him and walk away. That’s all it needs really: someone with a bit of enthusiasm to make a normal feature of their own world into something special. They highlight it and declare it worthy of interest. Everyone takes note. I don’t mention that, where I come from in Yorkshire, the Brent geese are a nuisance who stroll around the streets like they own them. I’m quite glad they will be flying south soon. I’ll remind them to stick with that ‘I come from the Arctic’ story. 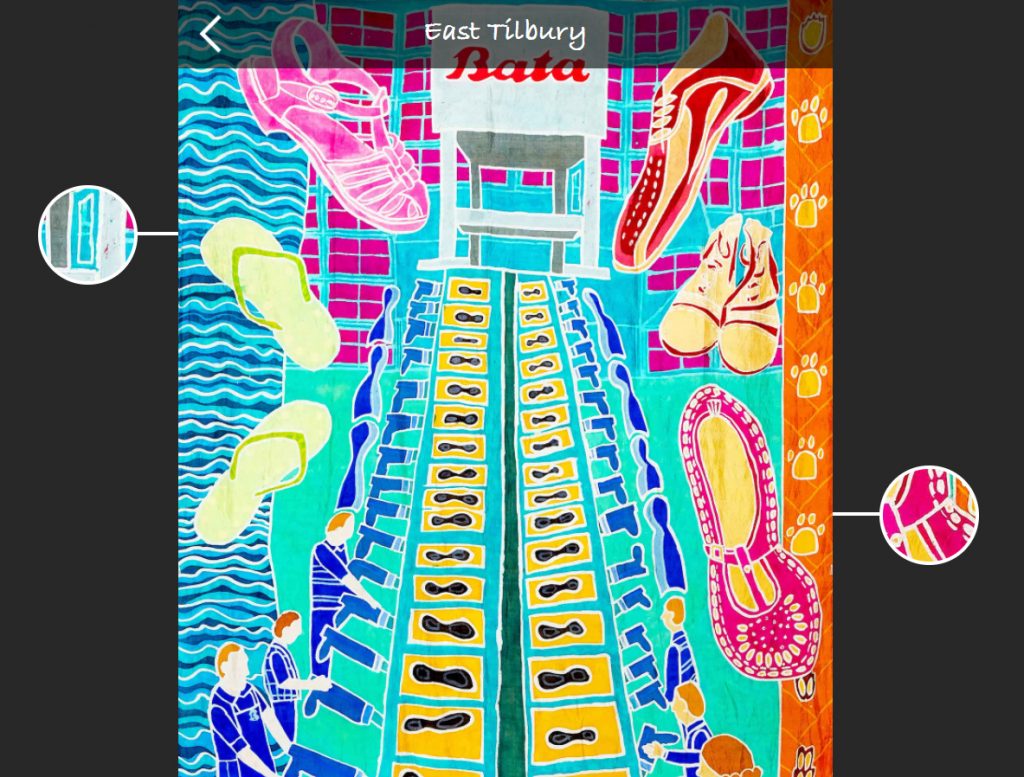