An important element of this journey has become the reclamation of forgotten lands both physically and spiritually, but I think Tilbury was always going to be excluded from that formula. Early on in our quest, at Kew Gardens, I was sketching out the route for an interested bystander and at the very name of Tilbury there was a sharp intake of breath.
“Oh no,” the man muttered, “That’s not a good place. The people there aren’t interested in change. The last pub there was declared the toughest pub in England, and then it was closed because of all the fighting: dockers versus the rest. You won’t find a decent cup of coffee. You won’t find anything.” I couldn’t argue. I had never been east of Greenwich. 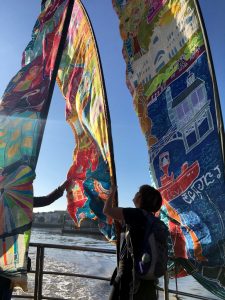 And so, boarding the ferry at Gravesend on a sparkling sunny morning, I am bracing myself, like an immigrant, for hardship and disappointment, but hoping for better. This passenger ferry is the last river crossing on the river and it is a classic: vast container ships growl past while around them buzz the pilot boats and tugs. Ahead we see the brick-built London Cruise Ship terminal where a tall ship is berthed, the Lord Nelson, just arrived from Canada. Once inside the terminal there are some eye-openers, the first of many. This was where the ship Empire Windrush first landed in 1948 with over 400 hopeful immigrants from the West Indies, an arrival destined to change Britain’s cultural face forever. “London isn’t like we village dirt road,” wrote the poet James Berry, chronicler of that influx who died earlier this year. “You know, Leela: it a parish, of a pasture-lan’, What grown crisscross streets, an’ they lie down to my door.”

Retired docker Les tells me how, during the boom years of the 90s, he gave up plumbing to drive newly imported vehicles off ships at the docks because the money was better. “I liked driving the big trucks and combine harvesters, but when a Lamborghini came you’d see the men racing each other to get there first.” The Silk River project has given locals like Les an opportunity to tell their stories – and what tales there are. Another former docker Andy tells me about the violence and drunkenness in the docks when he started, back in 1970. “You had to be part of a gang – there was the Royal Family, the Licensed Victuallers, names like that. I was put in the Mafia. Some of them were linked to the Krays. When one manager annoyed them, they chucked ‘im in the dock.”

We walk eastwards, past the defunct power station, treading gingerly around the rising tide, dodging under gantries and around razor wire. Beyond, the horizon seems to open and rural England appears in the shape of horses, cows and wooded ridges – even the Thames looks blue. At the edges of the river comes the final Tilbury treat. During and after WWII all the bomb debris from the London Blitz was brought down here and dumped on the shoreline.

Now it is a beach of glittering glass, porcelain and brick, an astonishing shingled history. I pick up fluted glass necks, teapot spouts, battery packs from old wireless sets and complete bottles. Everything suggests a story: what about this bottom from a champagne bottle? Did they drink it before the bomb exploded? What were they celebrating – a homecoming? Silk River has turned up many surprises for me, but this beach is one of the best. 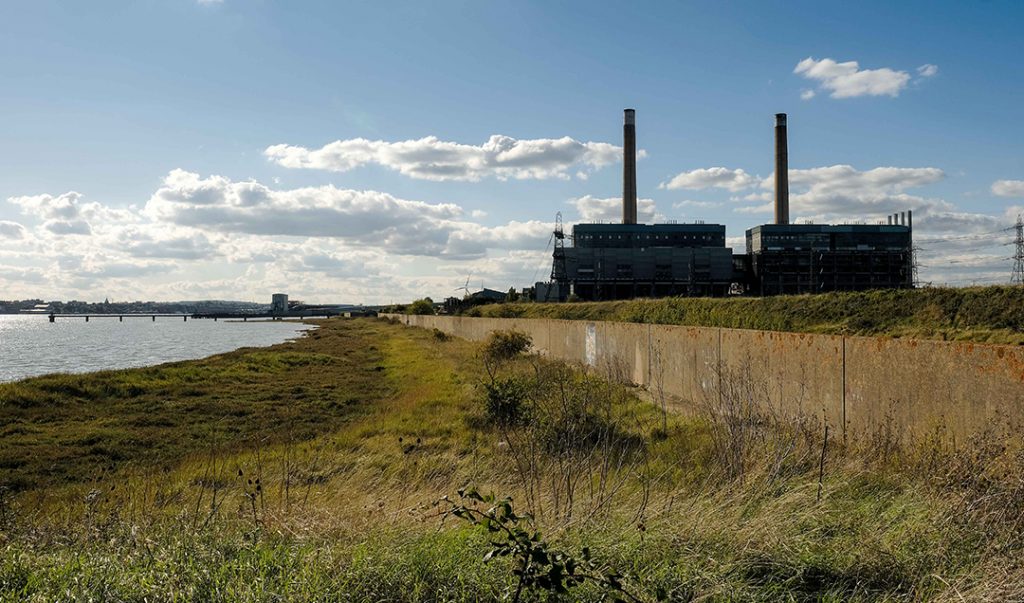 Explore the Tilbury scroll through the art, images and reflections of the people that made it possible 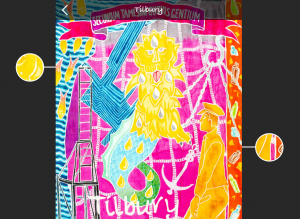