Dawn on the last day of our journey and I’m staring out the window into a tarnished silver mirror that is the Thames estuary. It is a perfect day for a walk and we start with a stroll down to Old Leigh-on-Sea where we assemble near Osborne’s cockle shop.

They hoover up tons of these shellfish in the season, which is now coming to an end. It’s the last chance to have them fresh which I do, thanks to Foster, a lady on the walk who has something of a nautical air about her. Maybe it’s the hat, or the fact that she is swimming down the Thames in several stages. “Too cold now – we’ve stopped for this year.”

It doesn’t feel cold today. People are eating ice creams at ten in the morning. In a former boatbuilder’s workshop that is now a ceramics studio, I discuss Thames’ beachcombing with Richard Baxter, local potter. He tells me my Blitz Beach (Day Eight’s highlight) is a non-starter. “It’s all Victorian rubbish. Look at this collection of mug handles – all 1870s.” 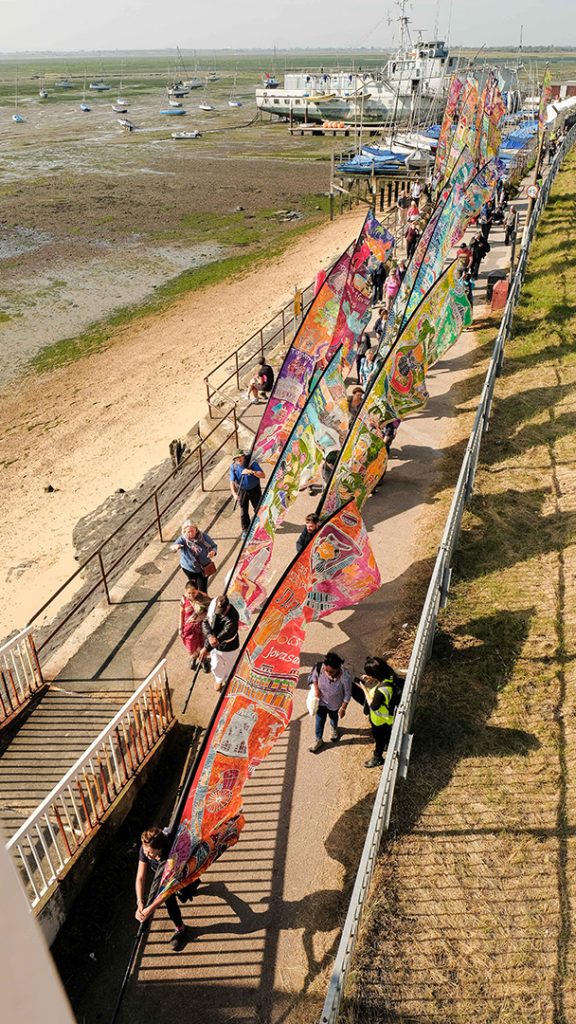 I dash outside and grab Peter, our walk guide from that day, who immediately retorts. “So how does he explain the batteries?” I kick myself – I should have thought of that riposte! The beach was littered with black spindles, parts from a type of wireless batttery that was common before WWII, but definitely not Victorian. It’s part of the fun of a long communal walk that conversations and debate can ripple through the days.

Peter, for example, has been seriously warning Ali, our leader, that his continued presence is entirely dependent on being supplied with Rossi’s ice cream, a non-negotiable element of any trip to The Pier for generations of sugar-sucking Southenders since 1932. Fortunately Ali has foreseen this mutiny and somehow got Rossi’s to send an emergency van to Chalkwell Park with flashing lights on top and police motorbike outriders… Sorry, that should read, dragon’s blood on top and chocolate flake outriders. It really is quite distressing to watch these addicts, cones clutched in their desperate trembling fists, sticky gunk dribbling down to their elbows which you know they are secretly going to lick clean later. I have to turn away – and run to the Rossi van.

All too soon, time begins to telescope, rushing past faster and faster like a Thames tide. We pass the stone obelisk that marks the division between river and sea, then we are on the pier. No one today has yet forgotten to remind me that this is the longest pier in the world. No one has said it is also the most rusty.

Our walk has become a pilgrimage to reach the sea. At the pier end, a clay figure of Ganesh is ritually dipped in the pea-green saltwater by members of Southend’s Hindu Association. A Southend community choir, the Mudlarks, pull out an inspired performance. The banners whip and crack. Our ship, the Waverley, comes flying in from the estuary like a steam punk time machine crewed by Glaswegians, and all too soon we are swept aboard and away.

It has been a remarkable odyssey. I won’t forget the river crossings, the blitz beach (definitely not the 1870s), and all the people met and talked to. Thank you to all who shared stories and memories, especially the ones that were unpublishable.

It now seems impossible that I once thought the Thames stopped at Greenwich. Any fool could see that a waterway so steeped in the deep vinegary tide of human ambition, more than any other in the world, should be so fascinating, but somehow I had not suspected. Thanks to Silk River for enabling that rediscovery. Let’s hope the silk banners will continue to work their magic when they embark on the second half of their journey. 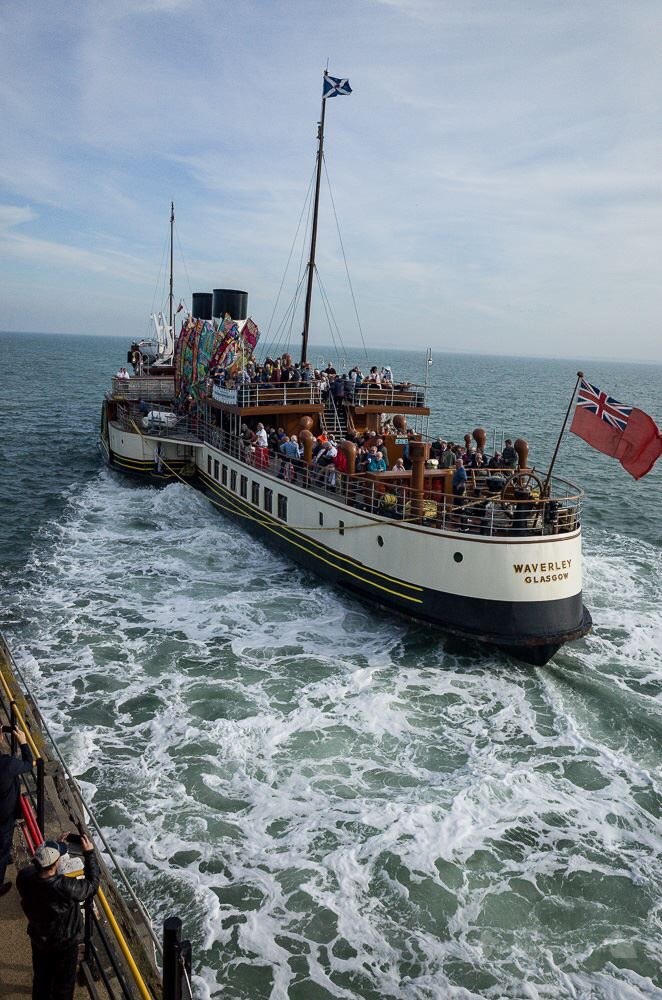 Explore the Southend scroll through the art, images and reflections of the people that made it possible 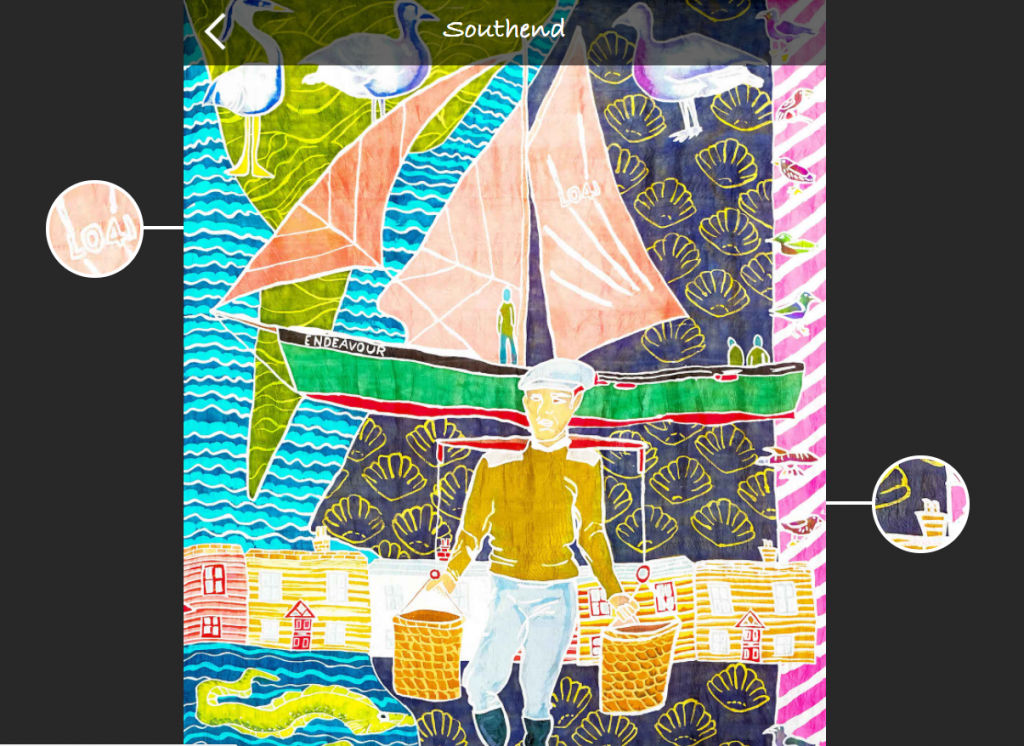