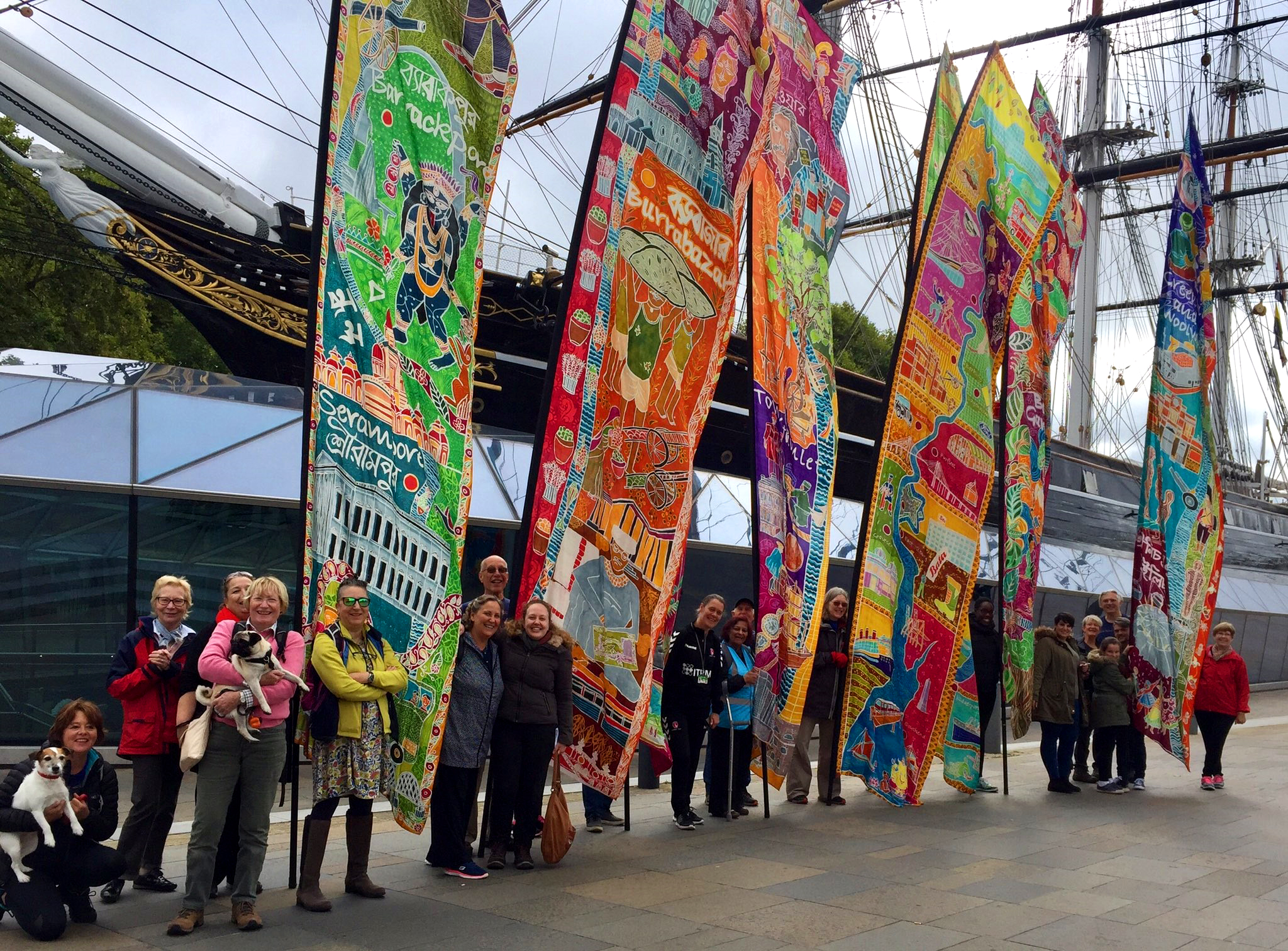 On September 17, 2017, Posted by admin , With Comments Off on Day Three: Authentic Wicked Bunny Hops

Just after dawn I peer out the window of the working men’s hostel where we are staying on the Isle of Dogs and see a fox, a squirrel and a crow disputing the contents of a rubbish bin. The crow wins. It feels like the day has begun with an Aesopian flourish and it continues.

I get in the shower, the one with the busted door. I am pleased to have remembered a little bottle of shower gel, one of those hotel ones, that I had grabbed before leaving home. I tip it on my head. Then I realise it contains olive oil. My situation is bad: I am naked, wet and covered in oil. There isn’t even any balsamic vinegar. I eventually find a drop of shampoo in a discarded bottle and my day begins.

The SilkRiver walk reconvenes across the Thames, via the Greenwich foot tunnel, at the Cutty Sark, a symbol of trade connections between east and west. The post-2007 fire refurbishment has created a magnificent space beneath the boat, but it has also cleansed it of all traces of salty dog atmosphere. On the side, under the hull, unheralded and largely unnoticed, is a massive original elm plank, all gnarly and holed. I advise all parents to let their children run their hands along it and risk a splinter. In a world crying out for authenticity, that plank has it.

We move on downriver, banners aloft. There are solid smart Victorian era pubs, abandoned land, glass towers of brushed steel and balconies, unloved housing, and pieces of urban art, mostly based – Who would have guessed?! – on Anthony Gormley’s body. It looks like an area where the fox, squirrel and crow are fighting for supremacy and the fox is winning. But we walk on. I know that crow is clever. I have not given up hope. After the great sweep of the river that contains the Millenium Dome (now O2 arena), we approach Woolwich in a rainstorm that sluices purple and red dyes from the banner I am holding and covers my hands. I arrive at The Clock House café looking like I have either been in a beetroot fight or committed several murders. No one seems to mind. They serve a good lunch. I talk to Ollie who works on community arts projects. “There’s a lot of deprivation here,” she says, “But I love the area.”

Further down the river we come across one such project: the Carnival of the Air. On the site of a former bomb dump and tank firing range, people are singing , dancing and waving flags. Small boys weave between them on mountain bikes shouting things to each other like, “Wicked bunny hop, Bill!” A local resident tells me, “When we first moved in, we had to move out cos they found an unexploded bomb. But now I love it.”

We parade up on Gallion’s Hill with the silken banners and an epic panorama of London. I am tired from the walk, but the irrepressible energy of the people is infectious. It is not what I expected from Thamesmead and community arts projects. People are smiling and talking to each other. Later I cut away from the group to explore Woolwich Arsenal and then walk, red-handed, back to the North Woolwich ferry. The sun is setting behind the distant towers of the City and a crow is flying down the river.

Explore the Woolwich and Greenwich scroll through the art, images and reflections of the people that made it possible 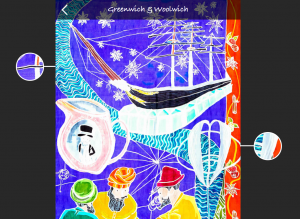