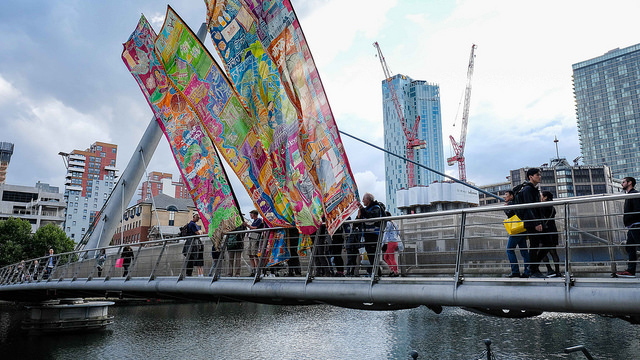 On September 16, 2017, Posted by Kevin Rushby , With Comments Off on Day Two: Into the Melting Pot – Tower Hamlets

If yesterday was all trees and lovely riverside views, today promises to be very different. For a start our banners are multiplying. By the time we convene at Spitalfields, there are six. And our numbers have swelled to almost a hundred. I’m getting used to the ripple of interest and bemusement that rolls before us. But this is the East End, people speak their minds: “Where’s OUR flag?” “Is that a big sari?!” and, of course, “What is it all about?” 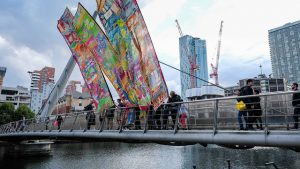 Our group has become diverse in age and ethnicity and religious affiliation. As if to provide a concrete testament to this, we pass the Brick Lane Mosque. Before it’s current incarnation it was a Huguenot church and a Jewish synagogue. The walk has a tighter edge today, more political. We get a song about Altab Ali who was murdered by racists back in 1978. I talk to Ruksana, a second generation Bangladeshi immigrant who has spent her life helping local kids raise their expectations and aspirations. “I was eleven when I realised that racism is a learned behaviour,” she tells me. “One day I was friends with a group of girls. Next day they said they weren’t allowed to play with me. Their parents had told them not to.” Later she found the value of community projects. “Someone did Scottish country dancing with us. That was great.”

The kind of kids she is helping are with us all day long, performing songs and plays, showing off artwork, generally throwing themselves into this particular project with gusto. “It’s been really interesting,” says Anisa, a schoolgirl. “None of us knew anything about the Huguenots and how they wove silk.” But at the Huguenot Museum we are suddenly, shockingly, verbally attacked by an angry resident furious about noise. It’s a quick reminder that this is a place of flashpoints, issues and confrontations.

It is also a place of complete and utter surprises. In Watney Market I am beguiled by the vegetable array: varieties that I have never seen before. I hold up something that looks citrus and a voice at my elbow says, “That’s a Bangladeshi lemon, innit?” I look around, then down. There is a tiny lady in full veil with her tiny daughter in headscarf. They give me a lesson in all the vegetables on display. “We eat that with fish. That’s a pumpkin…” and so on. They like the idea of a walk connecting the two rivers of Thames and Hooghly. “That’s us, innit? Bengali and British.”

Another surprise comes directly afterwards. Hastening back to the walk, I fall in step with Anhar, a teacher at a Muslim faith school. He has spotted me taking pictures of his students. “What are you going to do with those pictures?” But my instant alarm bells are instantly quelled. He is not objecting, he wants copies. At the Matthias Church in Poplar his students do him proud with an stop-go animated film of wonderful creativity. The subject? The voyage of an East India Company ship called the Trades’ Increase and its luckless captain. We emerge to walk under the glass towers of Canary Wharf: sterile and beautiful temples to the new captains of commerce. Will East End schoolboys one day make animated films about them? Maybe. But for me, I prefer the humming byways of Commercial Road and Brick Lane.

Explore the Tower Hamlets scroll through the art, images and reflections of the people that made it possible 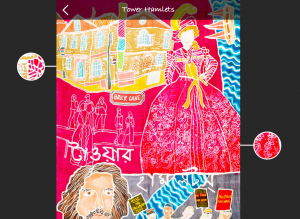 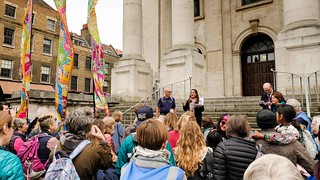 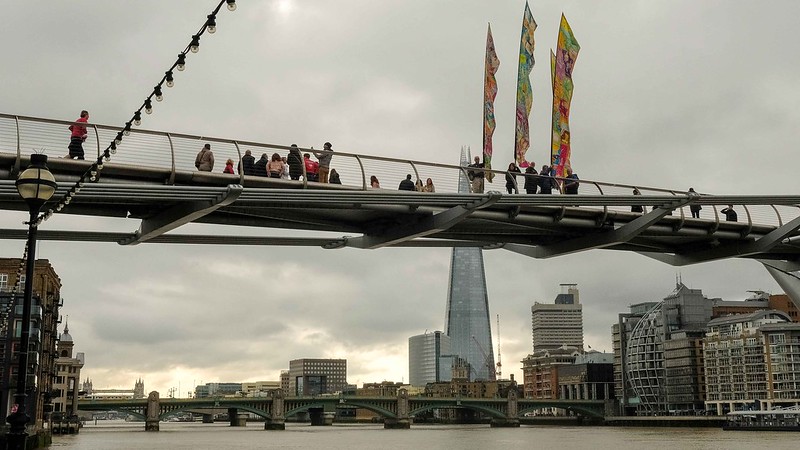 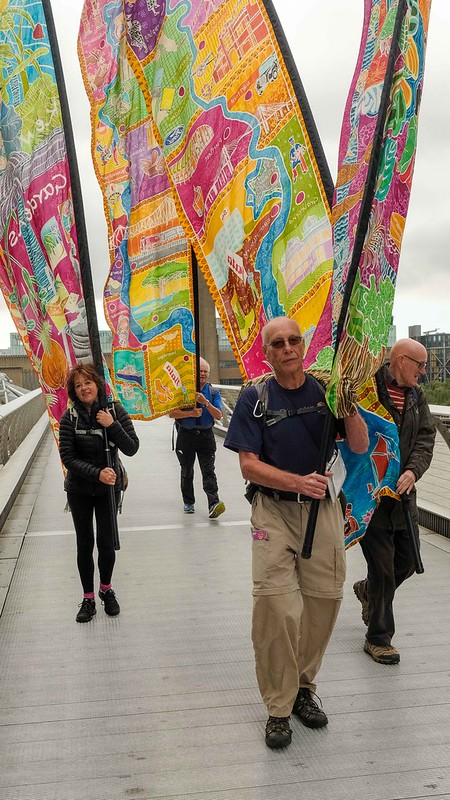 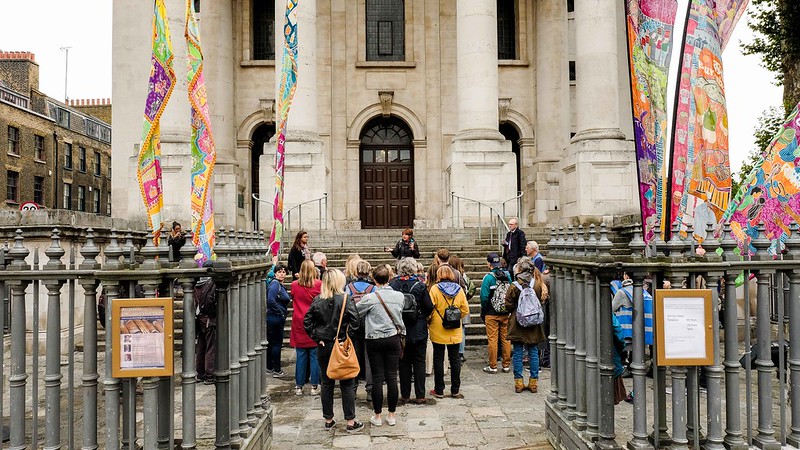 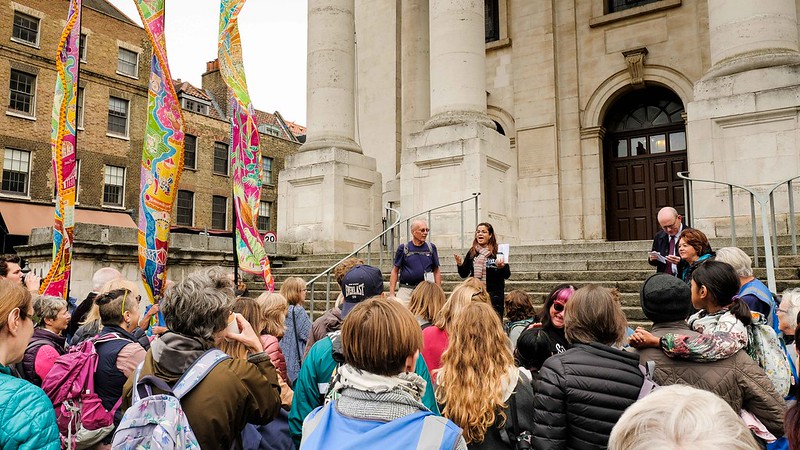 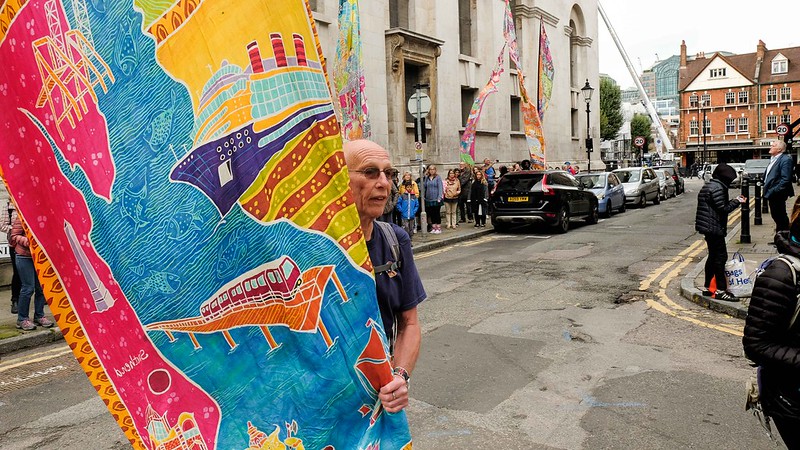 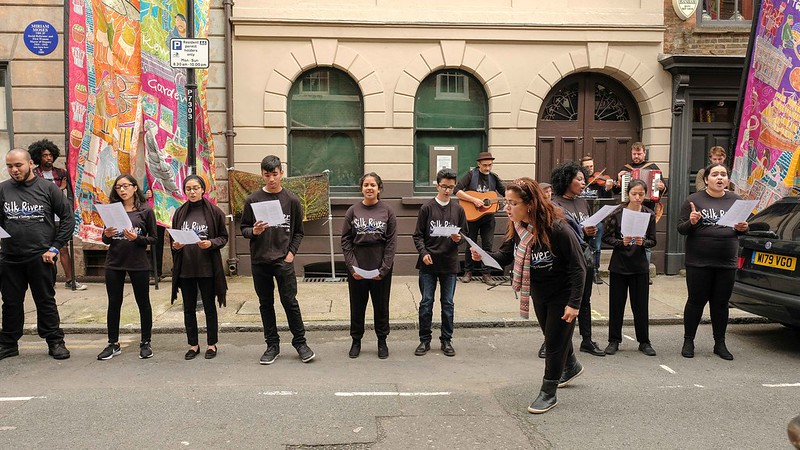 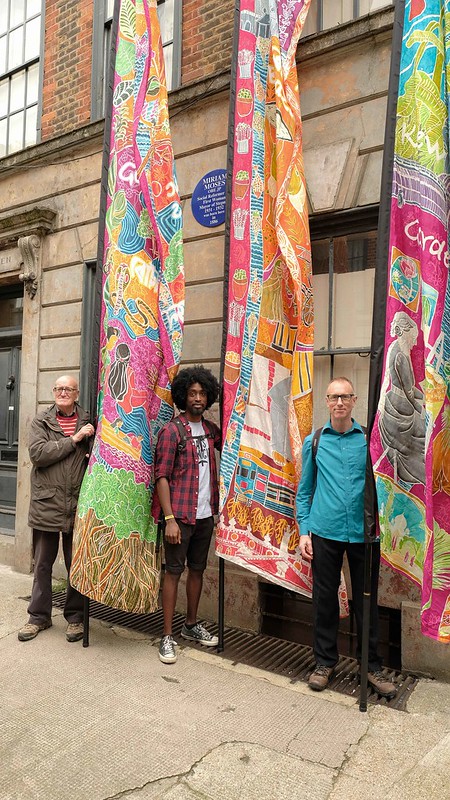 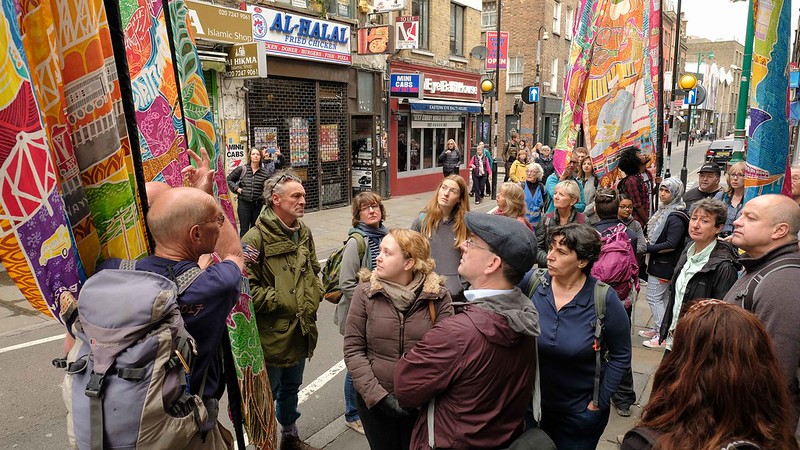 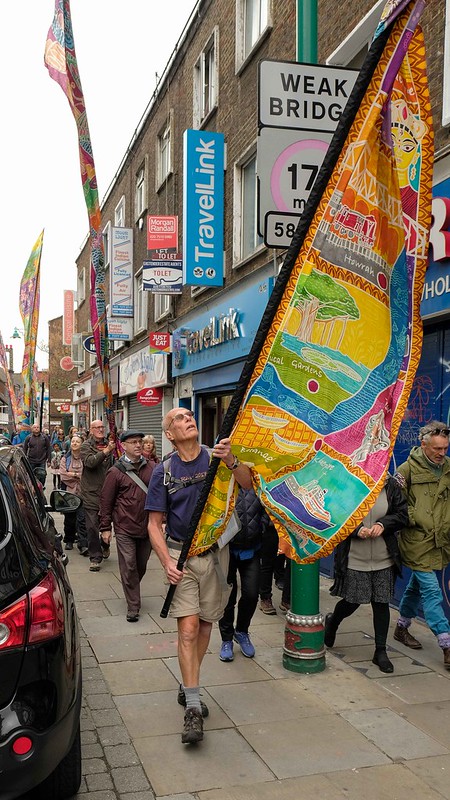