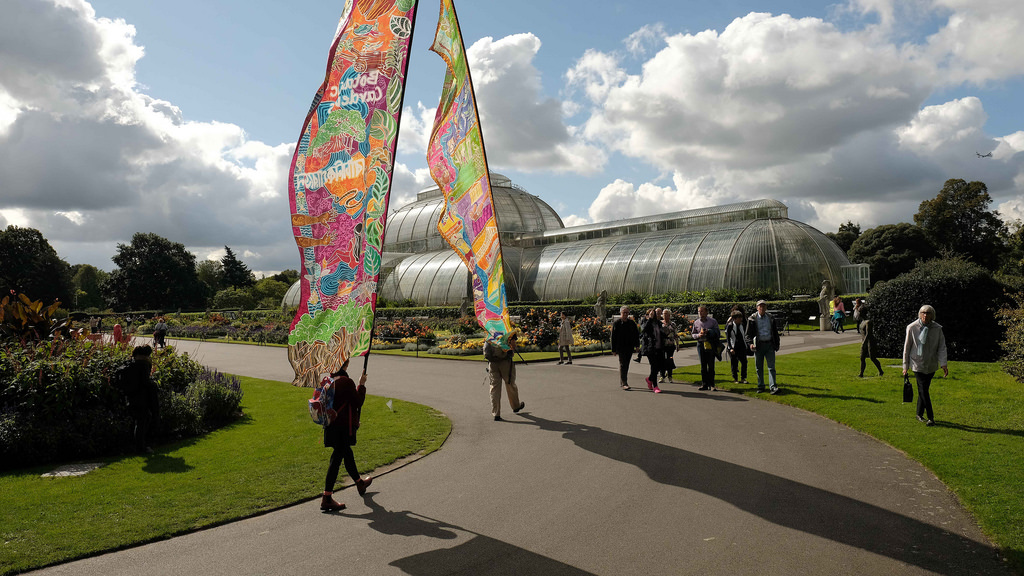 On September 15, 2017, Posted by Kevin Rushby , By Kew,Silk,Silk River,Thames , With Comments Off on Day One: Magnificent Bananas. The Walk Begins at Kew Gardens

You can’t walk down a London street carrying a seven-metre tall flag without drawing attention. “Why are those funny people doing that?” asks a small child. Trust a five-year-old to cut to the chase. Throughout the first day of this Silk River walk I have been asking myself the same question. I hope that the next ten days of walking will come up with an answer. 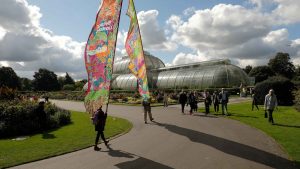 I am not an artist, I’m a journalist. My job is to ask those everyman questions and get the answers down, hopefully in terse efficient prose. I hang in the shadows with my notebook and camera, observing. I don’t carry seven-metre tall flags to announce myself.

But look, here we are at the beginning of this long walk, in Kew Gardens, the sun is shining, a Sikh drummer is parading, with much aplomb, ahead of four gigantic silk banners that grace the sky with fluttering irridescent colours. And I am trying to collect my thoughts about why this is happening, but people keep talking to me. The flags seem to trigger something. More precisely, the flags trigger conversation. How else could it be that I am being offered a jar of damson jam by a Zambian lady who lives in North London. “I’ve got five trees and they produce a lot, but my friend Colleen makes the jam. I do the liqueur. Aren’t the flags lovely?!”

Is it the Kew effect? To connect up the world via plants? Like the mulberry trees which feed the silkworms: they have some of those trees. Just as they have some 1849 drawings by Joseph Hooker of Calcutta Botanic Gardens where one day, a few weeks ahead, this walk will pass by. And then someone else wants to talk: Nick Johnson, Kew’s palm house manager, who wants me to look at the oldest potted plant in the world. He is wrong, of course. The oldest potted plant in the world is the rubber plant that my wife insists on keeping in our bedroom. But Nick takes me to the back of the palm house and shows me a cycad that was brought out of the Cape of Good Hope in 1772. He has won that round. Now he wants to tell me about coffee and bananas. I actually have a banana tree and a coffee tree at my home, in the living room. But we have some production problems: the harvest is low. Okay, the harvest is non-existent. Nick points out his lovely bunches of bananas. He also wins Round Two.

Humbled, I escape from Kew with the SilkRiver gang and their banners. We hike along by the River Thames, dodging hawthorn and horse chestnut with our flags. There is no time to think why we have them. Ali, our SilkRiver gangmaster, wants these flags walked down the Thames, and then down the Hooghly from Calcutta. We will obey. And soon, like the mist clearing from my spectacles in the palm house at Kew, I will begin to understand why. For now it is enough to know that it is a lot of fun, it throws people together, it makes friends and connections. The whole thing is, after all, utterly, magnificently, bananas.

Explore the Kew scroll through the art, images and reflections of the people that made it possible 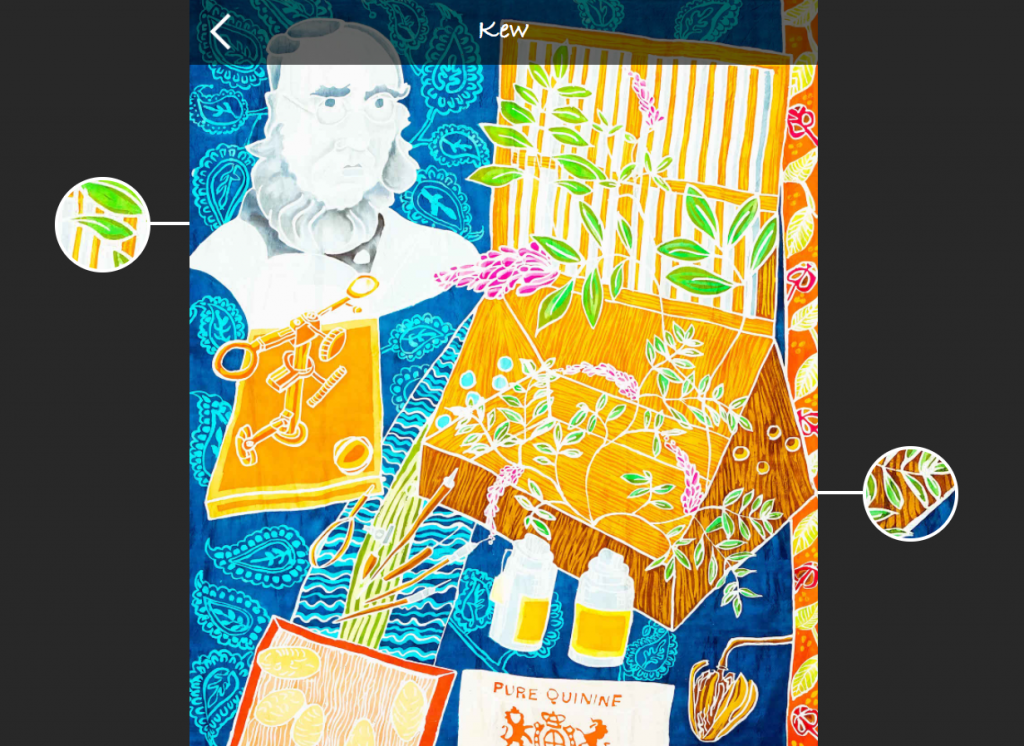 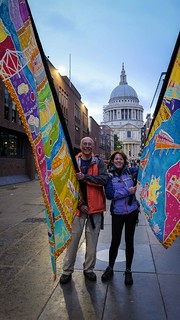 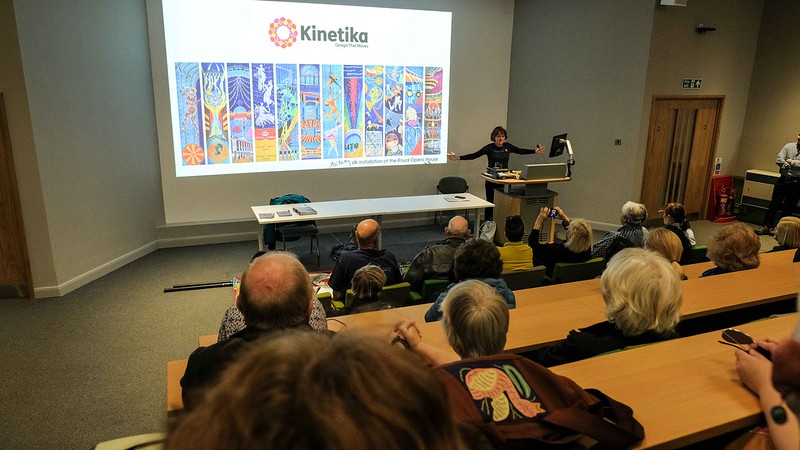 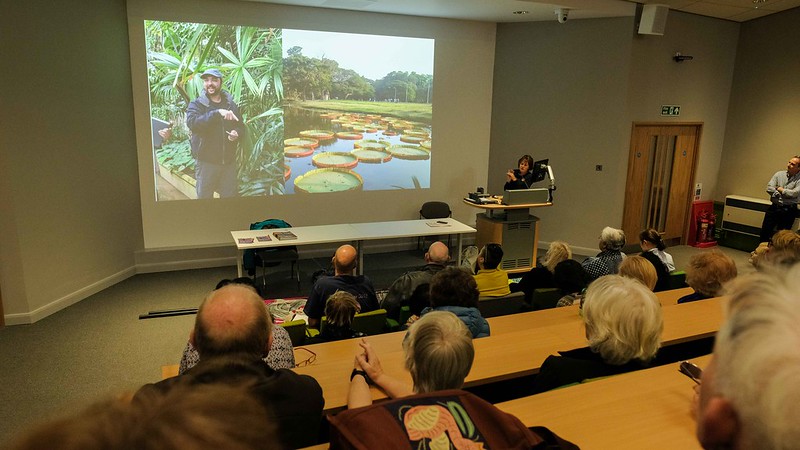 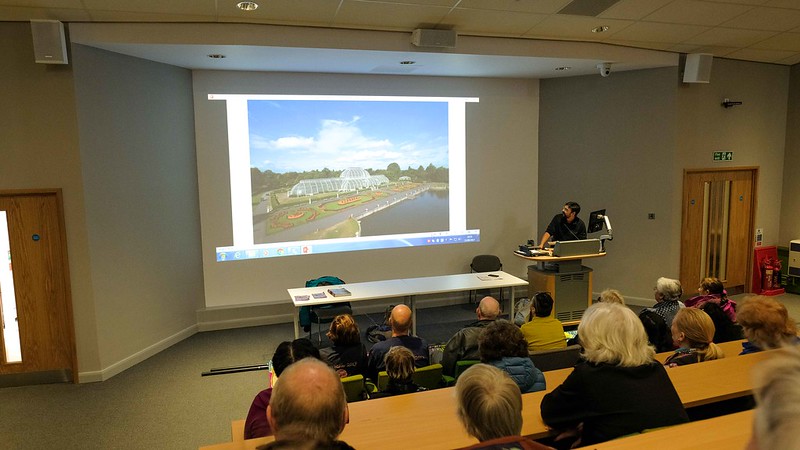 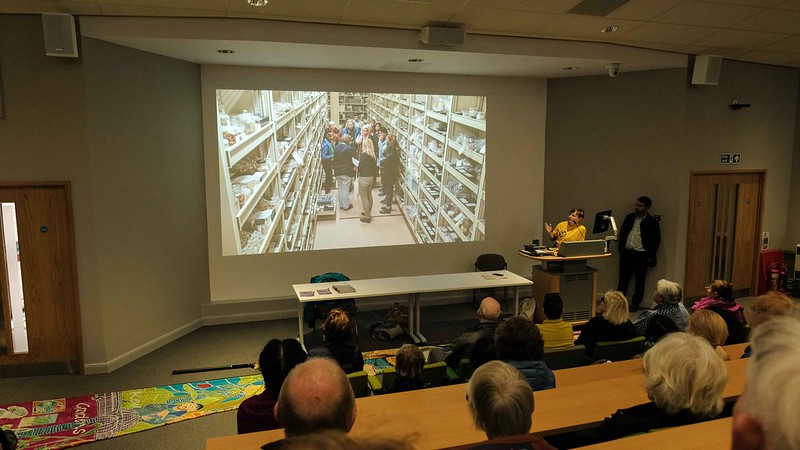 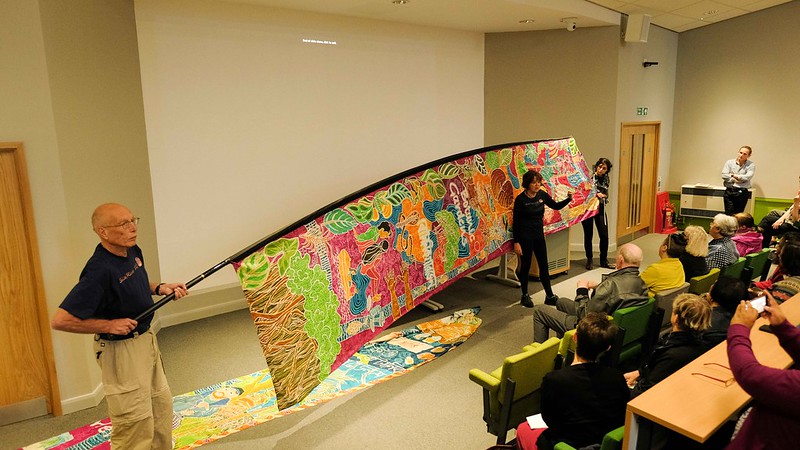 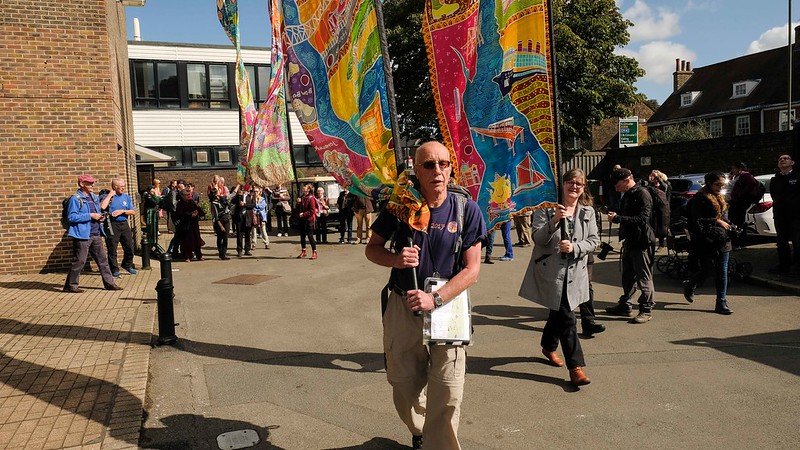 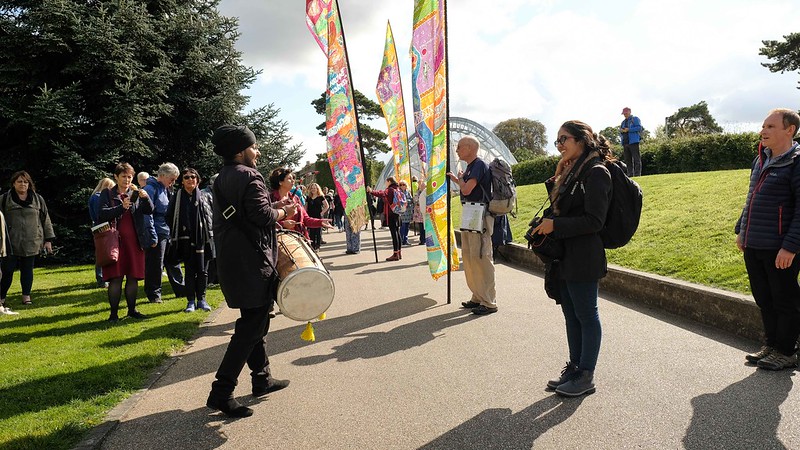 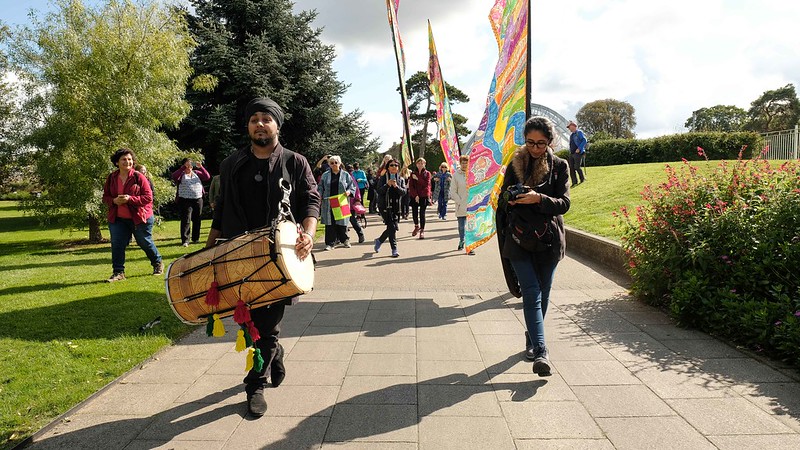 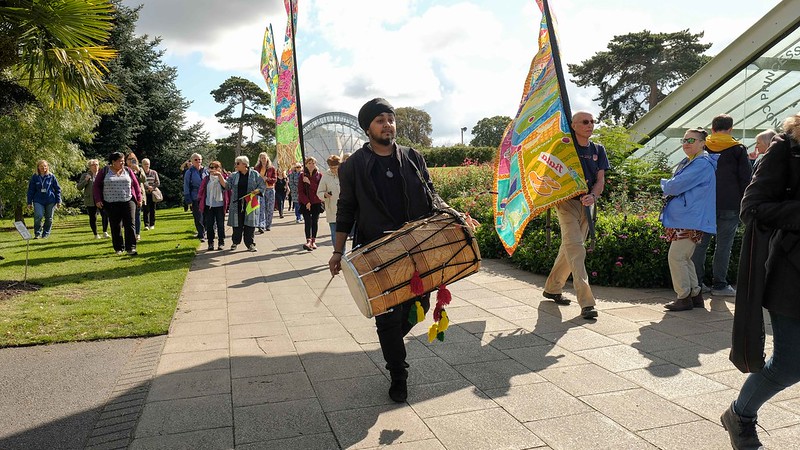 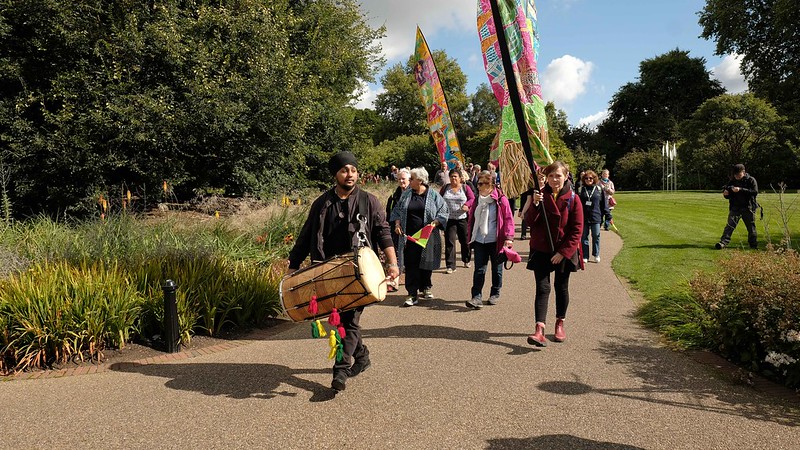 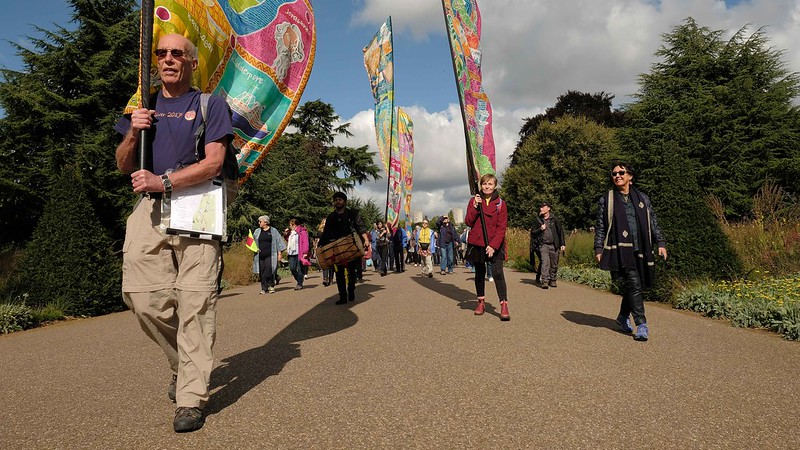 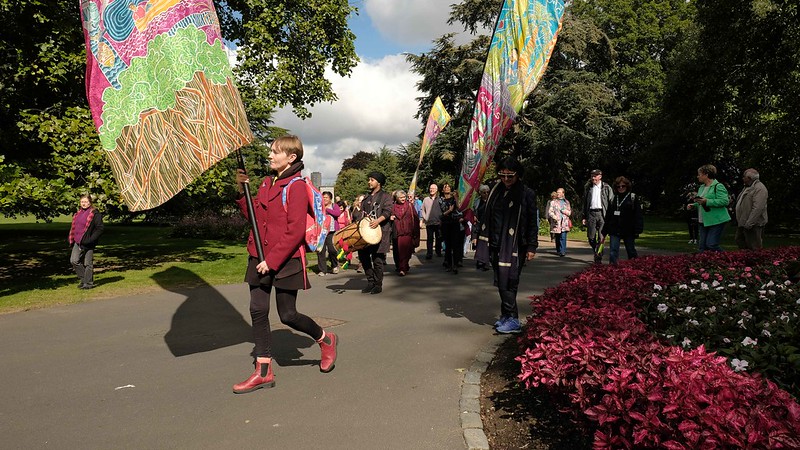 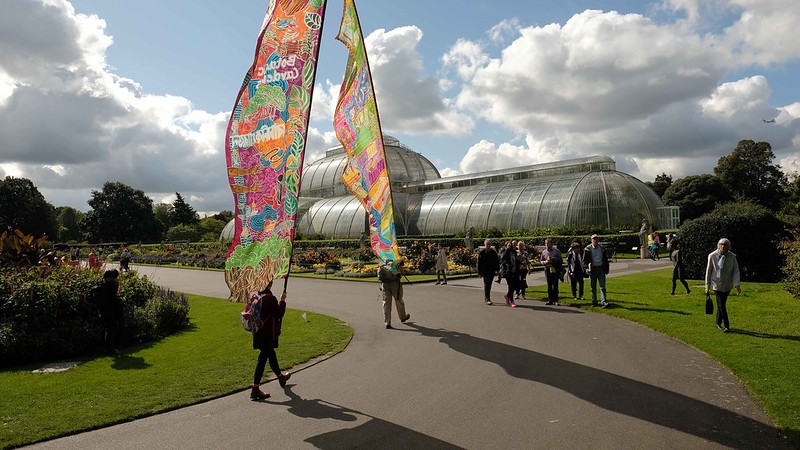 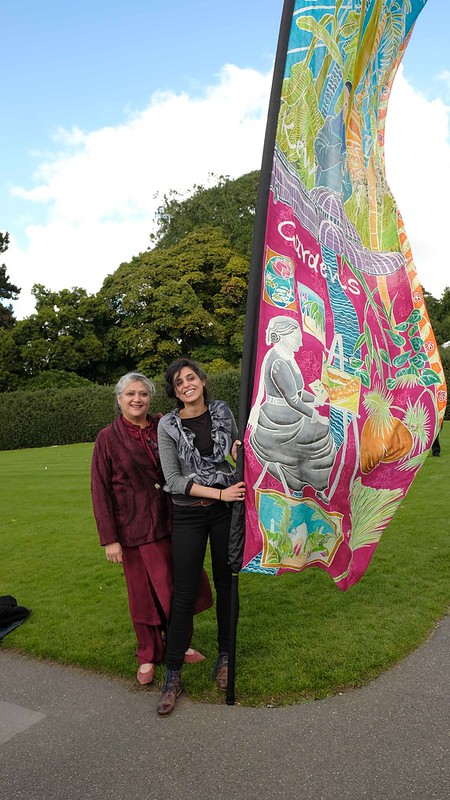 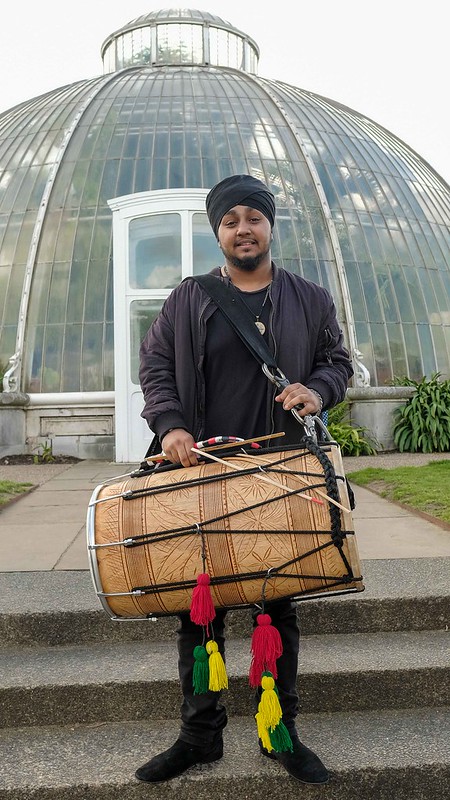 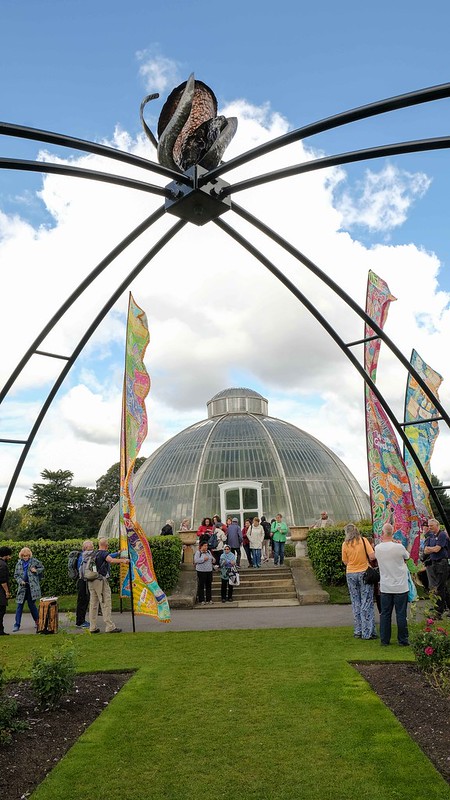