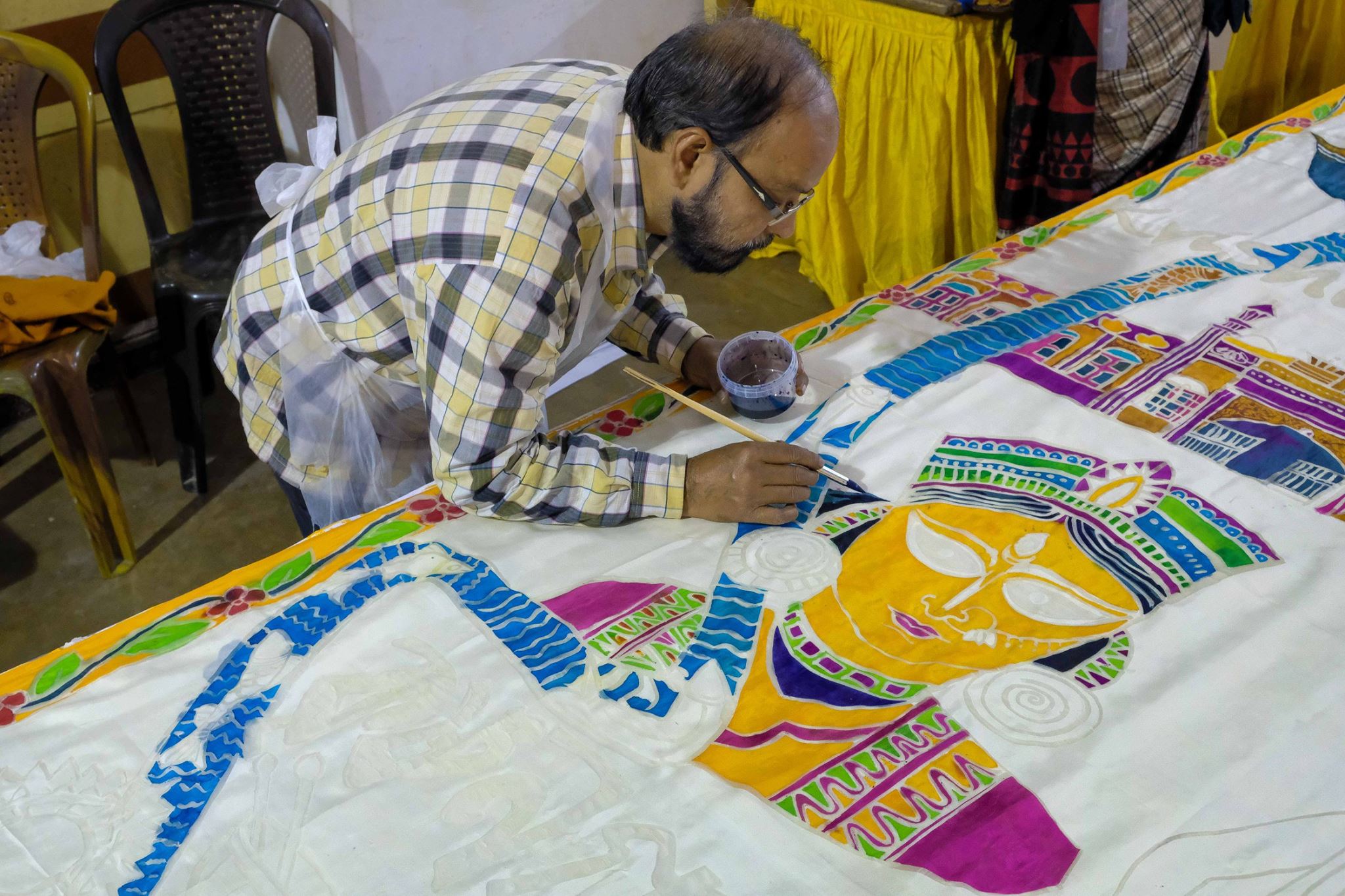 On July 20, 2017, Posted by admin , With Comments Off on Silk River Film prompts panel discussion in Kolkata

20 July 2017, Kolkata: As part of the UK India Year of Culture, UK and Indian artists have been working together to produce ten large silk flags, during a residential workshop in Murshidabad, as part of the Silk River project, which celebrates the unique relationship between communities along the Thames and Hooghly River.

UK based Kinetika and Think Arts from India and an international team of artists, writers and photographers have captured and interpreted the experience of journeying along these two mighty rivers.

Working in 20 locations from Murshidabad to Batanagar (Hooghly) and Kew Gardens to Southend (Thames) to reinterpret a shared heritage, Silk River will raise cultural awareness of the Indo-British relationship through engaging diaspora communities and connecting young people with artists along the route. 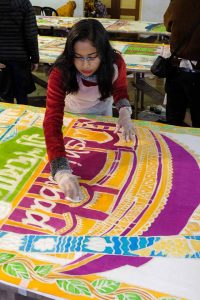 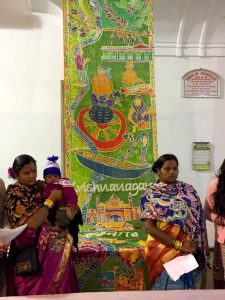 Silk River culminates in September-December 2017 with two river walks where the stories of the 20 locations will be revealed to local, national and international audiences through the showing of 20 giant hand-painted Bengali silk scrolls and accompanying performances.

A film, directed by Steve Shaw, which documents the work of a team of UK artists working with a team of Indian artists to produce ten large silk flags during a residential workshop in Murshidabad, was screened at Nandan III on 20 July 2017. The Kolkata flags were on display at the event.   The film can be viewed at the bottom of this page.

This was followed by a panel discussion on ‘The importance of place and community in traditional arts’ chaired by Dr Debanjan Chakrabarti, Director British Council East and Northeast India. Panelists included: 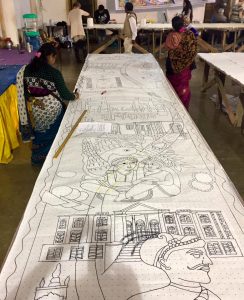 Says Ali Pretty, Artistic Director Kinetika: “Silk River transposes Kinetika’s walking, talking and making model to an international context for the first time — a tool for re-imagining the relationship between India and the UK and changing our perception of our place in the world. Bringing 32 years of experience working between Kolkata and London I am excited to collaborate up with a team of talented artists and producers from both countries to create new artworks on Bengali silk and connecting thousands of people through what promises to be an extraordinary journey. Come walk with us.”

Says Dr Debanjan Chakrabarti, Director British Council East and Northeast India: “Silk River involves organisations in UK and West Bengal who work in heritage, culture, craft, tourism and education. We are delighted that this exciting project is part of the UK India Year of Culture, which seeks to showcase innovative and creative work from both countries, building deeper connections between communities.”

For more information on the Silk River project: