Hello, I’m Mike Tarbard. I am chairman of the Bata Heritage Centre. Here we are today at East Tilbury beside the Tomas Bata statue. Tomas Bata was a Czech gentleman. He and his brother and sister started off in 1894 in a small cobbler’s shop in Zlin in the Czech Republic, as we now know it, and they developed a small town for the workers. He decided he wanted to expand his empire but there was an undercurrent from some of the shoemakers, particularly up in Northampton, because they felt that Tomas Bata was bringing in cheap shoes. So his idea was that if he had a factory here in England then he wouldn’t have the same problem. He eventually found 600 odd acres of land here in East Tilbury. In January 1932 the contract was signed to purchase the land and in March 1932 the completion took place.

Unfortunately, Tomas Bata was killed in an air crash in July 1932 when he was on his way from Zlin to Mohlin in Switzerland to open a new factory.

It started off with one small factory building where they did everything, made the shoes, boxed the shoes, did everything to do with it. He decided to use his vision from Zlin and build up some houses for his workers so the first set of houses were built in 1934 in Bata Avenue. Over the period of time both pre and post war, the estate built up and there were something like 300 odd houses at the end of the day.

He was very keen to develop after work activities, so some of the first things he built here as well as houses were tennis courts, an open-air swimming pool; the cinema opened in 1935-1936 time.

It became very much a multicultural society. In the early days, Tomas Bata sent Czech people here to manage the building, to manage the people to show them how to make shoes. At the same time he identified some English people and sent them out to Zlin in Czechoslovakia. Those people came back and became the first English managers here at British Bata. Post war we then had a number of people coming here who stayed after the war so we had a lot of Polish, a lot of Maltese. There were also a lot people coming from the Sikh community in Gravesend. So they would come across on the Gravesend Ferry to Tilbury then pick up the train at Tilbury Riverside to come here to East Tilbury.

One of the problems that Bata here faced was the cheap importation of shoes in the early 1970’s. It ended up with the factory here closing in mid 2000’s.

Thank you to Mike Tarbard for taking the time to speak to us.

Very special thanks go to the Bata Heritage Centre who helped plan and lead the East Tilbury walk and provided props for the performance!

The Bata Heritage Centre in East Tilbury promotes the substantial social and architectural legacy left by Bata in the area. They keep the memory of Bata alive through guided tours, lectures and an exhibition space within East Tilbury library. They also work closely with other heritage sites in the area including Coalhouse Fort, built to defend the Thames, and St Catherine’s Church, which marks a historically significant pilgimage route to Kent.

There is a Bata connection to Kolkata as the company also built a workers factory and settlement there in Batanagar. With Batanagar under threat, we are interested in preserving any connections with India so that this memory is not lost. 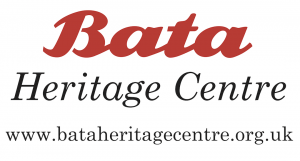 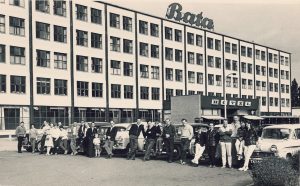 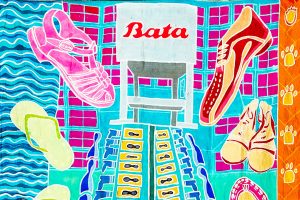 Huge thanks are also extended to the Complete Commedia Company, performers of the Cobblers Tale on the East Tilbury Walk.

The Complete Commedia Company is a collaboration of perfomers who specialise in performance of Commedia dell’Arte in the south east of England and who excel at bringing local history to life.  They were the stars of the show for Thurrock 100 2017!

The Cobbler’s Tale is an original piece of outdoor theatre based on Tomas Bata’s inspirational ambitions for the East of Thurrock.  The Complete Commedia Company have a lot of fun with the characters as their story echos contemporary events in this tale told with the help of the Bata Heritage Centre. It is performed as part of an animated stroll around the Bata estate which, thanks to its founder, is a surprising example of East European Modernist architecture. 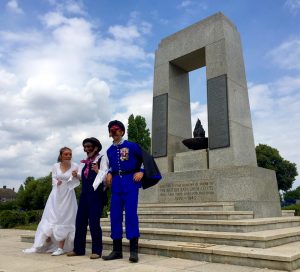