Gurvinder Sandher from ‘Cohesion Plus’

My name is Gurvinder Sandher and I am from an organisation called Cohesion Plus.

We are really pleased to be involved with this project Kinetika Silk River. It fits in well with the work that we do here in Gravesham. Our organisation, Cohesion Plus, we use the arts to bring diverse communities together and that is especially important in areas like Gravesham which has the largest minority ethnic population in Kent.

It has got a very large community from the Indian sub-continent, specifically the Sikh Community and this is a community that has been established in Gravesham since WW2. Not only was the migrant community increasing but increasingly from the 1960’s the children and ladies were coming across as well.

We are obviously a river town and a lot of the early migrants who came they actually arrived in Tilbury. The came on boats and in the early 50’s and 60’s a lot of people worked across in Tilbury. So they would get the ferry from Gravesend. It is quite significant, if you look at the early businesses from the Indian sub-continent, they were based down at the bottom of the High Street which is more or less across the road from the Ferry Terminal. As people were leaving work they were able to go to the shops, the original Asian grocery stores, where they were able to get ingredients for the food they wanted to make.

I think you will find also through the contribution we have made here in Gravesham to the Silk River project as well, that pride identity of not only having a background from the Indian sub continent but also being born here in Gravesham. that pride comes about and that is why I think that this project is a really useful way of promoting the 70 years UK India year of culture.

We do a lot of work with schools and that ranges from workshops around music and dance to facilitating workshops around creative arts. So St Georges day this year in Gravesham we worked with 15 schools. Last year with the Christmas celebrations we worked with 15/16 schools. Schools, we feel is a very important way of working with young people to promote those shared values. It is really really important especially in this day and age. That is obviously one of the reason why we are very keen to support this Silk River project.

It not only celebrates UK India shared culture but it is also a great way of sharing stories, about people, especially with young children, about their grandparents heritage, their parents heritage, celebrating that but also in the context of living in Great Britain in 2017.

Thank you to Gurvinder Sandher for taking the time to speak to us.

Special thanks go to Kent County Council, Gravesham Borough Council, their staff and partners for the planning and facilitation of the Gravesend walk.

Gravesham Borough Council has chosen to be involved in Silk River because of the significant contribution our town and community will have towards the project.

Through this project, we will share some our rich history, culture and vibrancy and celebrate our significant links with India and the river.

The Gurdwara is testament to Gravesend’s thriving Sikh community who first began settling in the riverside town at the turn of the 20th Century. Its 5 elaborate domes and design are inspired by the Golden Temple at Amritsa.

The walk from industrial Northfleet through to the picturesque views from Windmill Hill identifies the history of Gravesend and its ability to shape and shift with each passing incarnation. 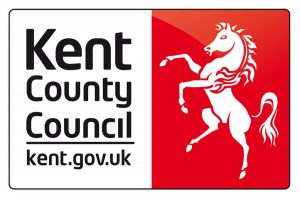 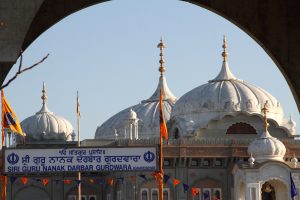 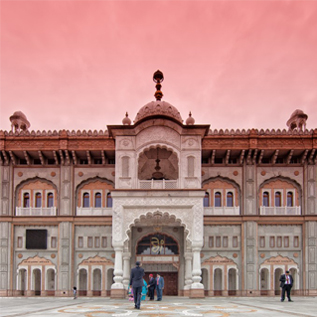