My name is Nina Chavda and I am a committee member of the Hindu Association and volunteer.

My name is Manji Solanki and I am the president of The Hindu Association, Southend-on-Sea.

My name is Chand Sood and I am the ex-president of The Hindu Association, Southend-on-Sea and we are at the East Beach on Shoeburyness at the moment.

There was a small Hindu community in Southend, then it grew. There was an exodus from Uganda, when Idi Amin turned the people away from Uganda, lots of Asians of the Gujarati community from Uganda came in and settled in Southend-on-Sea because the Southend Council was very generous. They were provided with housing. It was one of the councils where you could get real hospitality from the locals.

As the community grew, people from London realised that Southend is a good place where they can perform Visarjan because Visarjan is done at the seaside.

The Ganesh Puja is a festival that is celebrated in India. Lokmanya Tilak wanted to unite all the Hindus to fight against the British rule to get independence. We had both Hindu and Muslim people.

If you want to re-unite people you have to have some kind of a festival and a religious festival will make it much easier to unite people. From then on when the Ganesha Chaturthi came on he started by bringing Ganesha at home – do a little bit of worshipping. Then on a final day, on Ganesha Chaturthi day people will take their own Ganesh made out of clay. They would go to the seaside and submerge it and by saying “ Ganpati bapa moriya, agale baras tu jaldi as” meaning “you come back next year to us, we will start all over again”.

From then on it never stopped. All over India people celebrate this Ganesha Chaturthi and that festival came to England as well. Wherever Hindus live they think they want to follow their rituals and their festivals.

This Ganesha Chaturthi started in Southend more than 10 years ago. We approached the Southend Council for their permission, and then we did all the arrangements here. It was, I think, in September 2005 that was the first one we did here. The day before the festival we put a lot of marquees here for our religious rituals in the marquees. We also arranged for the food as well. Thousands of people came and did a prayer and then had food and after the day and evening when there was a high tide then we took the idol of Ganesh and submerged it in the sea with all the religious chanting saying “Ganpati bapa moriya. Ganpati bapa moriya”.

Thank you to Nina Chavda, Manji Solanki and Chaand Sood for taking the time to speak to us.

Special thanks go to Southend Borough Council, their staff and partners for the planning and facilitation of the Southend walk.

Southend Borough Council have worked with the following organisations for Silk River:

It is hoped that the project will inform those from Southend and further afield of the borough’s varied social history. In particular we are eager to explore the similarities between ourselves and our partner city, Krishnanagar: these include the importance of the creative arts, as well as the fishing trade and food manufacture. Drawing upon various sites of interest we hope to offer an engaging, multifaceted perspective on Southend’s story. 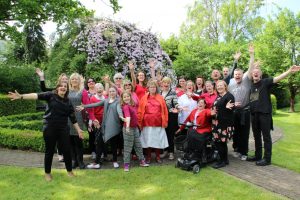